By Paula Wilson on February 8, 2013 in Articles › Celebrity Cars

The Aussie/Kiwi invasion of Hollywood has brought major stars to both the big screen and small screens.  Actors and actresses like Nicole Kidman, Russell Crowe, Hugh Jackman, Cate Blanchett, Guy Pearce, and Hugo Weaving, among many others, have all made their mark over the course of the 15 years.  A new crop of Aussie actors has also been making waves recently, including Chris Hemsworth, Liam Hemsworth, Alex O'Loughlin, Ryan Kwanten, Rebel Wilson, and Jay Ryan.  Naomi Watts arrived in Hollywood towards the end of the first  wave, and quickly made a name for herself.  Her "no-holds barred" performance in 2001's "Mullholland Drive" drew raves from critics, and brought her instant recognition.  From there, she went on to starring roles in such films as, "The Ring", "21 Grams" for which she received an Oscar nomination, "I Heart Huckabees", "King Kong", "The Painted Veil", "Eastern Promises", "The International", "You Will Meet a Tall Dark Stranger", and, most recently, "Movie 43", and "The Impossible", for which she received another Oscar nomination.  In amongst her critically acclaimed work in multiple films, she formed a relationship with actor Liev Schreiber, and the pair have since welcomed two children.  LIke any parent, she has to get her kids around town, and she chooses to drive an Audi Q7. 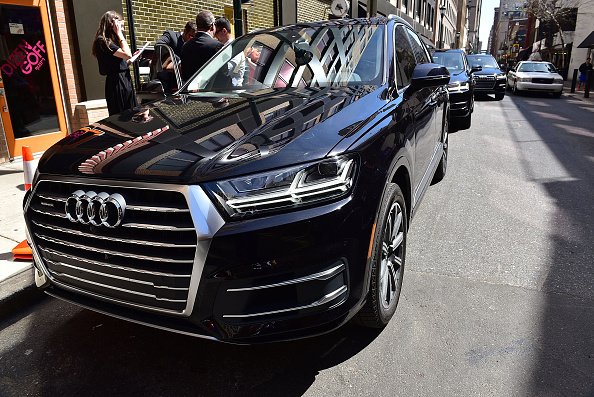 The Audi Q7 is a five-door luxury crossover SUV that went into production in 2005.  It is built on a platform that is similar to the Volkswagon PL71, and is meant to be driven in the city and the suburbs, rather than on rough terrain.  It comes with either six or eight-speed automatic transmission and runs on a 3.6 liter supercharged VR6 engine.  It can go 0-60 in 8.5 seconds, and in both 2009 and 2011, the overall design was altered in multiple small ways.  The vehicle now has LED rear and front lights, LED daytime running lights, redesigned wheels, a cleaner body line in both the front and back portions of the vehicle, new leather seating, new color choices, a redesigned dashboard, and a wrap-around tailgate.  The car currently sells for around $50,000, and has become one of the more popular cars for celebrities with children.  Though she may be an Aussie, Ms. Watts has definitely adopted some Hollywood habits.