By Brian Warner on January 5, 2014 in Articles › Celebrity Cars 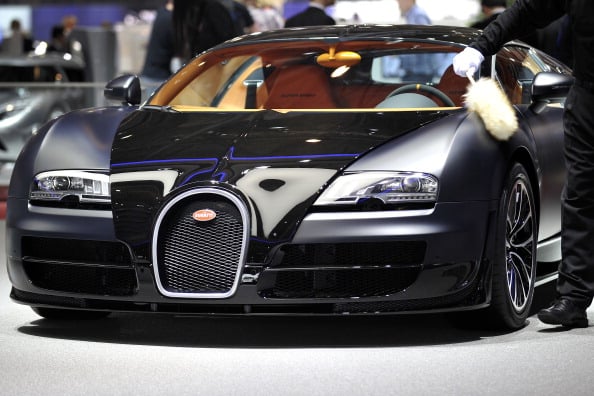 The second most expensive car in the world is the $2.2 million Lamborghini Sesto Elemento. The Sesto Elemento was never meant to be more than a concept car, but Lamborghini recently announced it would produce an extremely rare run of 20. "Sesto Elemento" means "Sixth Element" in Italian and is named because the car is made up almost entirely of carbon fiber. This is the lightest Lambo ever produced and can go from 0-60 in 2.6 seconds with a top speed of 217 MPH thanks to its 570 horsepower V10 engine. Unfortunately, the Sesto Elemento is not street legal in the U.S. or Europe.

The third most expensive car in the world is the Ferrari 599XX with a price tag of $2 million. The Ferrari 599XX is not technically street legal yet either so you may want to keep holding out for a Super Sport to pop up for sale. And if you'd like to own the most expensive car ever sold at auction you would be looking at the 1957 Ferrari 250 Testa Rossa. On August 21st, 2011 an anonymous buyer spent a world record $16.39 million on a Ferrari 250 GTO. Ferrari GTOs take up the top three slots on the most expensive auto auctions of all time, followed by a 1931 Duesenberg Model J and a 1931 Bugatti Royale.