Missy Elliott's car – or is it? Here's a case where whether or not a 2012 Matte White Lamborghini Aventador really is rapper Missy Elliott's car or not is open to debate. In fact, it's currently the source of a lawsuit filed by Elliott against a car dealership in Florida called Fox Valley Motor Cars. 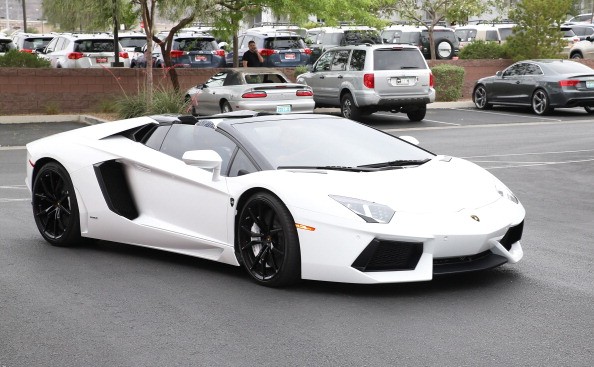 The lawsuit alleges that Elliott made an agreement with Fox Valley to buy the car with a down payment of $30,000 plus her old car, a 2005 Bentley with a value of $85,000. She handed over both the money and the car, and Fox Valley was supposed to ship the car to her by the middle of this year. But, they never did, and instead they told Elliott that the deal was off because "the value of the car had risen." So instead of delivering the car under the agreed upon terms, Fox Valley allegedly demanded more money from Elliott – which, as you can imagine, she was not very pleased by.

So, after failing to be satisfied by the car dealership's explanation for why they didn't ship the Lamborghini to her, she took the step of filing a lawsuit against them for breach of contract. In the lawsuit, Elliott seeks her car first and foremost, with additional damages stemming from the time and energy wasted as a result of this situation.

Fox Valley Motor Cars hasn't made any kind of public response to the lawsuit – yet. But one would assume that they'd be able to settle this rather quickly with Elliott if they'd just giver her her car like they were supposed to! But, as they say, there are two sides to every story, and maybe Fox Valley Motor Cars has some kind of an explanation for why Missy Elliott isn't in possession of the car. In the mean time – it seems a shame for such a cool car to be sitting in a warehouse somewhere collecting dust.