Miranda Kerr's Car: Luxury and Responsibility for the Supermodel Mom

By Paula Wilson on February 23, 2013 in Articles › Celebrity Cars

Miranda Kerr was a tomboy growing up, and modeling was the furthest thing from her mind.  She enjoyed riding horses and racing motorbikes in her hometown of New South Wales, Australia, and she had a fairly normal home life.  However, all that changed when she turned 13.  That year, she won the Dolly Magazine/Impulse Model Competition, and suddenly she was the center of a controversial photo campaign that had multiple Australian media outlets complaining that the photos were too risque for such a young model.  The controversy didn't faze her, and she continued modeling in Australia, appearing in ad campaigns for Billabong Girls, Tigerlily, and One Teaspoon.  After relocating to New York, she began appearing in even higher-profile ad campaigns, and in magazines such as ELLE, Vogue, and Harper's Bazaar.  After becoming the face of Maybelline in 2006, she jumped into even higher demand.  The following year, she became the first Victoria's Secret "Angel" from Australia, and suddenly she was a household name.  Since then, her career has been a non-stop whirlwind of editorial and cover shoots, ad campaigns, and runway shows.  In between all that, she married actor Orlando Bloom, and gave birth to their first child in 2011.  She continued to model throughout her pregnancy, and appeared on the cover of Vogue Australia while six months pregnant.  Since having her son, she has been seen driving around town in a Jaguar XJL. 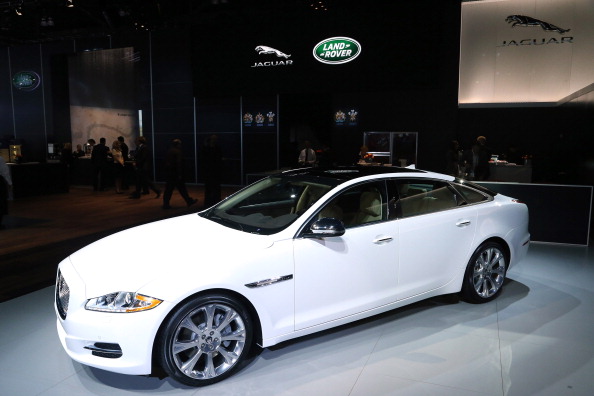 The Jaguar XJL is the family sedan that people with a lot of money buy.  A full-size luxury vehicle, the car has all the elements that make a Jaguar awesome, with the size of a family vehicle.  The 2013 XJL comes standard with LED rear lights, xenon headlights, a Blind Spot Monitor, heated exterior mirrors, and chrome side vents.  Inside the car there is four-zone climate control, heated/cooled leather seats, a panoramic glass roof, the Jaguar iTech virtual system, a USB port, an 8″ color touchscreen, Bluetooth Audio, and Sirius Satellite Radio.  The car runs on a 5.0 L V8 engine that produces 385 hp.  It has an eight-speed automatic transmission and can go 0-60 in 5.4 seconds.  It currently sells for approximately $81,000.  While Ms. Kerr is probably not going 0-60 in five seconds with a baby on board, she is probably enjoying all of the other luxury touches that having a Jaguar affords her.