Mike The Situation Sorrentino's Car: Fame, Fortune, and a Ferrari

By Paula Wilson on April 4, 2013 in Articles › Celebrity Cars

The fame of the cast members of "Jersey Shore" is one of those things you kind of just have to… scratch your head about.  How did that even happen?  How did humanity do that? The show is gone now, but fame has remained for all of the cast members.  Over the course of six seasons, people all around the world watched these twenty-something New Jerseyites do next to nothing except be themselves with cameras rolling.  Somehow, it became a massive cultural phenomenon, and has spawned imitators worldwide.  One of the cast members, Mike "The Situation" Sorrentino, has managed to parlay his time on the show into a massively lucrative celebrity endorsement career.  He is second only to Kim Kardashian in the amount of income his endorsements generate each year.  He does nothing but be "The Situation" while hawking beverages, electronics, clothes, and vitamins, and that is enough to earn him nearly $5 million a year.  This is both depressing and impressive, and Mr. Sorrentino has definitely taken advantage of all that his fame has to offer.  This has included buying a couple of very nice cars, such as his Ferrari California.

The Ferrari California went into production in 2008, and is a grand touring sports car.  It runs on a 4.3 L V8 engine that produces 454 hp.  It can come with either a 7-speed dual clutch manual transmission, or 6-speed manual transmission.  It can go 0-60 miles per hour in 3.9 seconds, and tops out at 193 mph.  It is the second most aerodynamic car in the Ferrari line behind the F12 Berlinetta.  A second generation California was introduced in 2012, with a more powerful engine, a lighter body, and the ability to reach 60 mph in 3.8 seconds.  However, the vehicle was quickly recalled when it was discovered that the crankshafts were machined incorrectly.  This was causing the engine to freeze suddenly.  The problem has since been rectified.  Apparently, "The Situation" did not get one of the faulty vehicles.  If he had, it probably would have been front page news. 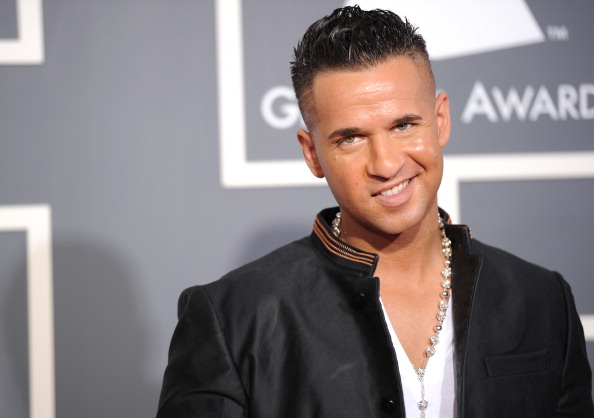