If you were in London recently and saw not just one or two golden vehicles, but an entire fleet of them, don't worry – you weren't hallucinating. That was just mysterious Saudi billionaire Turki Bin Abdullah, thought to be a member of a branch of the Saudi royal family and an extremely wealthy car fan, who was reportedly seen traveling through London in a fleet of four golden automobiles, all of which are owned by the man himself. The fleet includes a Mercedes valued at $534,000, a Lamborghini worth about $506,000, a Rolls-Royce worth just under half a million dollars, and many more.

The four unmistakable golden cars seen in London are just a fraction of Abdullah's fleet of identically-colored automobiles, which he has a penchant for flying all over the world to accompany him in his travels at great expense, according to a recent report in the Daily Mail. This is in keeping with Abdullah's brash social media profile, which gives notable wealth flaunters like 50 Cent and Floyd Mayweather a run for their, uh, money, posting pics of himself and his rich friends wearing expensive luxury watches, behind the wheel of various golden automobiles, in private jets, and even enjoying the company of a cheetah – the truest feline mark of wealth there is. 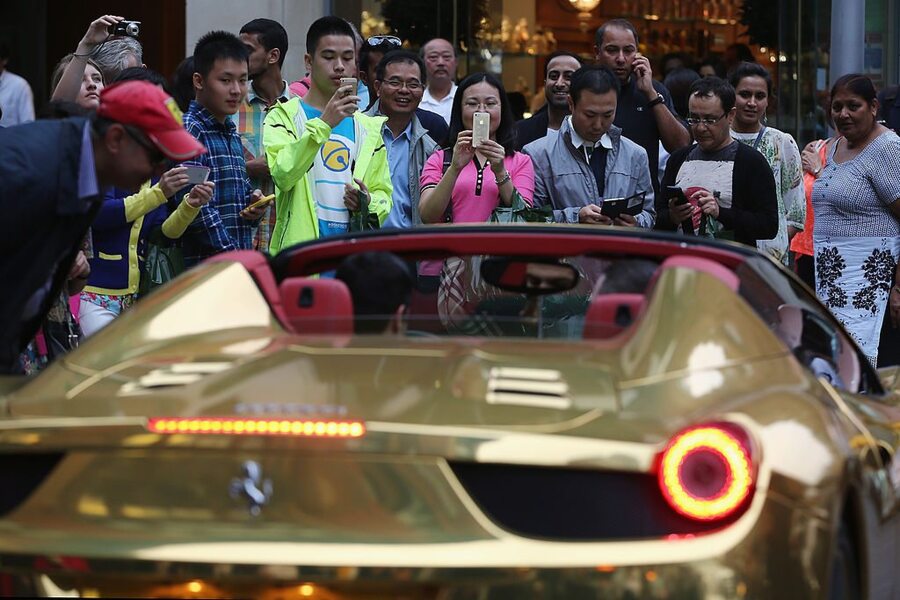 He's also made it a habit of photographing various vehicles from his fleet parked outside various expensive locations all over the world – London, Paris and Dubai, to name a few recent examples. And as if it weren't obvious enough that money is no object for the young man, he's also left his cars overnight in London, getting a few parking tickets in the bargain.

Despite his flashy social media presence, not much seems to be known about Turki Bin Abdullah. One CNN article about his recent escapades in London doesn't even mention his name. But if his conspicuous spending, driving, and living habits continue, you can expect to hear more and more about him, especially as his follower count on Instagram continues to grow.