By now you probably know a lot about the amazing luxury cars that Floyd "Money" Mayweather. Floyd buys cars like most of us buy eggs, once a week and 12 at a time. What you may not know, is that Floyd has hired someone to manage his ever growing car collection. That man is named Obi Okeke, and he has a very interesting story.

When Obi Okeke first came to the United States, he was a 5 year old refugee escaping the Nigerian Civil War. Obi and his mother moved to Ohio, while his father stayed behind in Nigeria to continue fighting. After the war was over, his family returned to Nigeria where his family's circumstances had improved significantly. Okeke was even able to attend a private high school in Switzerland where he discovered his love of European cars. Obi says that his teachers knew he would end up in the car business by the time he was just 15. 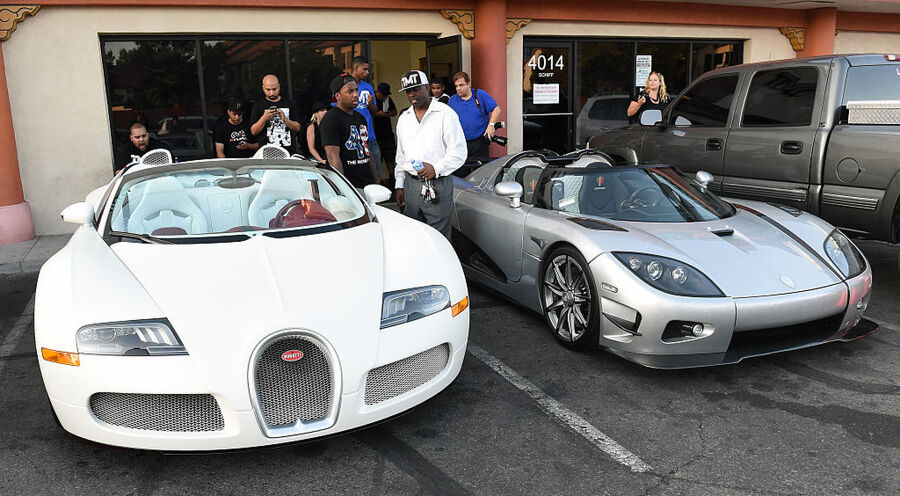 After he graduated from high school, Okeke came back to the United States and spent some time studying at Northeastern University in Boston, Massachusetts. At 21 years old, Obi bought a BMW 323i Alpine, and was able to turn around and sell the car for a hefty profit. He then got into the car business and worked for Chevy, Dodge, Volkswagen, Lexus, BMW, and Mercedes.

Okeke served as the general manager of the Ferrari-Maserati dealership in Calabasas, California for six years. In 2012, he co-founded Fusion Luxury Motors in Los Angeles, with Yoel Wazana. Fusion brands itself as a specialty dealership and gears itself towards car collectors. Fusion Luxury Motors sells a wide range of cars, that are typically valued as low as $50 thousand and as high as $5 million.

While many dealers get their cars from auctions, Okeke says he has never gone that route. He gets almost all of his inventory from private parties and a small portion of it from dealers. Obi says that he has "been very fortunate to build a deep client database for finding cars." At first, his dealership could only display five cars, but a year after opening, they moved into a large showroom that can house 45 vehicles. 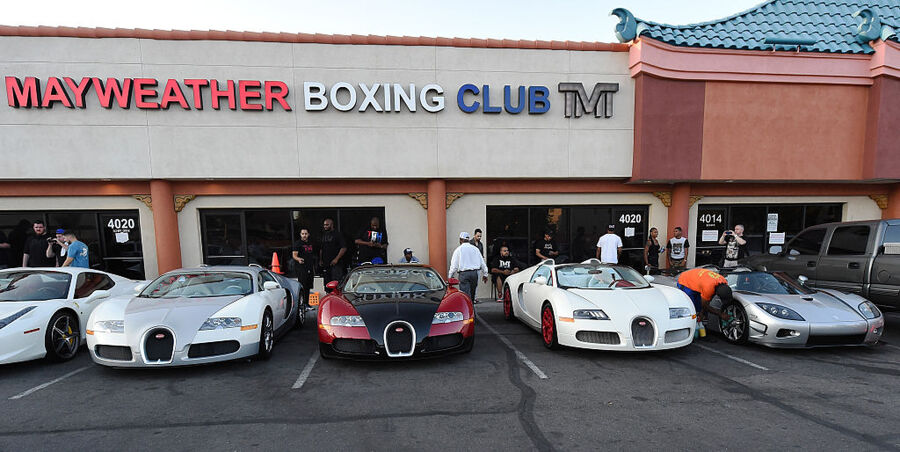 What sets his dealership apart from others is that he doesn't have to worry about moving cars off the lot quickly, so they don't lose value. "My cars aren't dropping in value. They're going up." he said. Many of his $1 million plus cars sit there for 6 to 18 months, although he did sell a $1.9 million Koenigsegg in less than a month.

Okeke doesn't have a lot of celebrity clients, although he said they do sometimes come in to look around. Okeke has developed a strong relationship with Mayweather, who stops in once a month to see what cars are available. Floyd's most recent purchase was the $4.8 million Koenigsegg CCXR Triveta that we mentioned previously. Some of the other top-dollar cars he has sold to Mayweather include a $3.2 million 2003 Ferrari Enzo which he later sold through Fusion, for $3.8 million. In total, Floyd has purchased an astounding 40 different vehicles from Okeke!

Obi Okeke has become a fixture in the luxury automobile industry. He is surrounded daily by million dollar cars, but says he doesn't collect them himself and is satisfied just being around them and helping people find their dream cars.

I guess the lesson here is if you're gonna be a car dealer, you might as well be a ultra high-end dealer AND have a friend like Floyd Mayweather!