By Joseph Gibson on May 9, 2012 in Articles › Celebrity Cars

Rapper Meek Mill is celebrating his 25th birthday in rare form: With a brand new Range Rover courtesy of his consigliare Rick Ross. The gift might seem extravagant, but it's actually downright tasteful when you consider that it was only a few months ago that Mill plunked down $300,000 of his own money on a new Rolls Royce. How will he decide which one to drive?

For those not up on the behind the scenes relationships of today's rappers – Rick Ross and Meek Mill aren't just two guys who know each other. You might say that Mill is sort of an employee of Ross', since signing on the rapper's Maybach Music Group. It's not just a boardroom relationship either – Ross has appeared on both of Mill's singles so far, "Tupac Back" and "Ima Boss." Mill has returned the favor on "Bag of Money" by Wale, also featuring Ross. 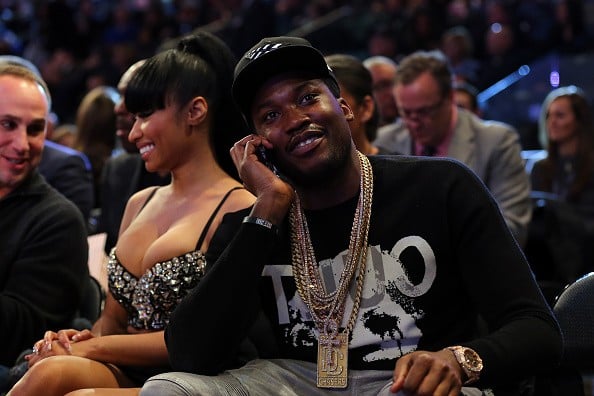 As for the car, it's a brand new Range Rover Sport. The Sport can cost as much as $75,000. While this might seem like a lot for a 25th birthday gift, Ross was quick to point out that it was a "token of their strong bond" following Mill's presenting Rick Ross with a watch that was worth $50,000.

The Range Rover was just part of Meek Mill's massive 25th birthday blowout, which took place in his hometown of Philadelphia, PA. The party was on board a private yacht. Other guests included hip-hop figures Wale, French Montana, and Juelz Santan. But none of their gifts came close to matching the Range Rover Sport.

But before you get jealous of Mill's present, keep in mind he's got a lot of work ahead of him now that the partying is over – he started his latest tour on May 7, in order to promote his upcoming album Dreams and Nightmares. The album is set to debut this summer.