Just like the classic Australian weapon that is designed to come back after you throw it, the Maserati Boomerang keeps coming back into the spotlight after more than 40 years. This one-off classic concept car was originally designed as a show car for Maserati and first debuted at the Turin Auto Show in 1971 without an engine or a running gear.

The Maserati Boomerang returned at the 1972 Geneva Auto Show, and this time it was a running, street legal vehicle that featured a 4.7 liter V8 engine with 310 horsepower borrowed from Maserati's Bora. The Bora was a limited edition supercar made in the 1970s that had a top speed of 171 miles per hour. 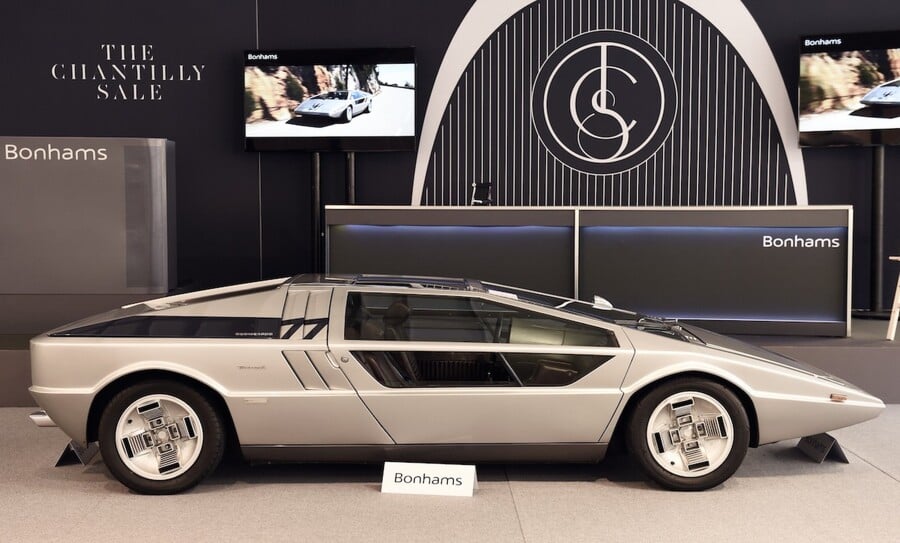 The Boomerang was styled by Giorgetto Giugiaro and also featured a luxurious interior, which included a steering wheel that actually rotated around the switchgear and instrument cluster. This one of a kind vehicle became a mainstay at many auto shows and exhibitions during the 1970s, until it was sold to a private collector in Spain. The Boomerang was sold again in 1980 and this time it was restored. It returned again in 1990 in Paris, where Giugiaro signed the back end of the car which may have increased its value.

The car was sold again to someone in France who had it fully restored for road use. This one-off car once again returned and was named "Best of Show" in Monte Carlo, Monaco in 2012 and at the Paris Motor Show in 2014. The Boomerang was also featured in a series of Louis Vuitton print and video ads the same year.

The Boomerang has returned once more and exchanged hands again at "The Chantilly Sale" in France on September 5, 2015, as it was billed as a signature concept car of the 1970s. Philip Kantor is the Bonhams European Head of Motoring and said that the Boomerang "…was the first car of its time to create such a strong, angular style statement. It's considered by many to be one of the most remarkable designs of the 20th century and the 'grandfather' to the Volkswagen Golf Mk 1. The Boomerang has been shown at many world-class events including exhibitions and concours d'élégance such as Villa d'Este and Pebble Beach, and is now offered at Bonhams first ever sale in Chantilly."

So how much did this storied, one of a kind Maserati end up selling for? A private collector bought the Boomerang for $3.7 million. At that price, it may be unlikely that this Boomerang returns to the spotlight for quite a while.