Mark Wahlberg's Car: A Flashy Reminder of the Actor's Colorful Past

Mark Wahlberg had one of those Dickensian reversals of fortune that saw him go from gang member and prison inmate to Oscar nominee and family man.  Since he recently turned 41, it is safe to say that his rise, and lifestyle 180, were pretty rapid.  In the years between his street life, and his successful acting and producing career, he enjoyed equally successful modeling and music careers.  While his buttoned-down, perfectly coiffed, and always in control demeanor points to a man who has matured immensely since his early years, there are still some aspects of his old self that pop out on occasion.  Nowhere is this more apparent than in his choice of car.  Mark Walhlberg drives a bright purple Lamborghini Diablo VT Roadster. 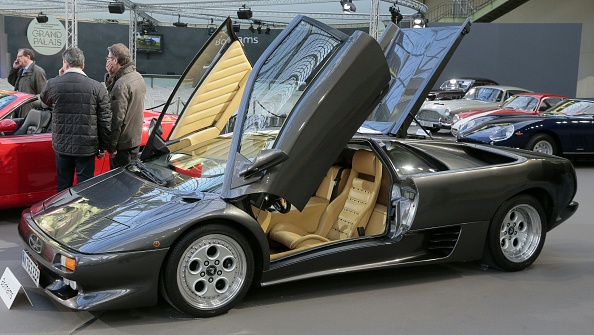 The Diablo was manufactured throughout the 90s and early 2000s, eventually being replaced by the Lamborghini Murcielago.  It was the first Lamborghini able to reach speeds above 200 mph.  The Diablo VT went to market in 1993, and improved upon the already impressive design of the original Diablo, by adding all-wheel drive for enhanced handling, front air intakes, a redesigned interior that was considerably more comfortable, and power steering.  Further variations on the VT were released through early 2001, featuring minor adjustments to the engine, air systems, and exterior design.  Mr. Wahlberg's Roadster, with a removable roof, was introduced in 1999, with a price tag of $275,000.  Though the original Diablo design was by famed artist Marcello Gandini, the powers-that-be at Lamborghini were hesitant about his edgy aesthetic, and hired another team of artists to "soften" the look.  While the end result was not to Gandini's liking, the car quickly became the vehicle to be seen in, and its silhouette is now synonymous with Lamborghini.  Though Mr. Wahlberg has toned his public persona, his car still screams "look at me".