Mario Balotelli's Car: He Actually Made a Bentley Ugly…

By Paula Wilson on January 7, 2013 in Articles › Celebrity Cars

Having the imagination (and the cash) to customize a car is pretty cool.  However, there is such a thing as taking it too far.  While making something unique out of your car is an owner's prerogative, you do have to consider then end product before you start barking out orders.  If you buy a car that is already pretty close to the four-wheeled manifestation of awesome, it would be in your best interest to customize in ways that enhance its beauty and performance, rather than detract from it.  Apparently Mario Balotelli did not get the memo regarding the appropriate ways to customize a car, because he did some unfortunate things to his Bentley.  The brilliant, but completely unpredictable striker for Manchester City and the Italian National team, is known for doing strange things both on the field and off of it.  He has been the subject of a daunting amount of racially-charged fan hazing over the years, and the 22 year-old player's performance is most likely being affected by it.  However, that does not quite explain what he did to his car. 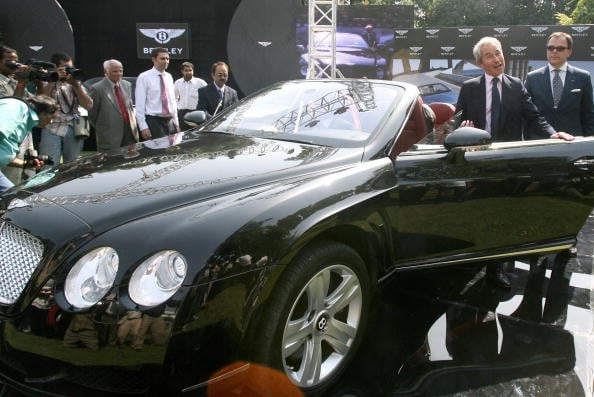 Mario Balotelli's Bentley is painted in custom camouflage.  The Bentley Continental is a luxury 2-door coupe that is most often seen in luxe colors like black, dark grey, and royal blue, for example.  Shiny and polished, the car screams "expensive".  It runs on a 6.0 liter W12 Twin Turbo engine, and can go 0-60 in approximately 4 seconds.  It comes with an 8-speed tiptronic automatic transmission and costs $200,000 and up, depending on the various options one picks in order to increase the amount of luxury.  There is no word on how much Mr. Balotelli's paint job cost, but it certainly did nothing to add to the aesthetic of the vehicle.