By Joseph Gibson on June 1, 2012 in Articles › Celebrity Cars

Boxer Manny Pacquiao likes to call himself "the 6th highest paid athlete in the word," and one of the ways he demonstrates his wealth is through an impressive car collection. And one of the most notable pieces of that collection is Pacquiao's Hummer H2. But this isn't your average, every day, garden variety H2. Manny Pacquiao's car has been converted into a bullet-proof juggernaut, courtesy of the people at International Arming Corporation. 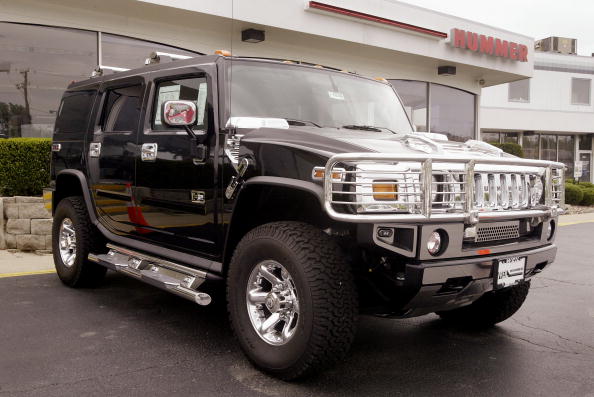 A Hummer H2 similar to the one owned by Manny Pacquiao. / Photo by Scott Olson/Getty Images

Basically, the folks at IAC can outfit a vehicle with all kinds of defensive equipment, including "electric shock door handles, road spikes, oil slick dispensers, [and] smoke screens." As you might imagine, the majority of IAC's clients are politicians and foreign dignitaries who have a real need for this kind of security. But Pacquiao has also been one of their biggest clients, and his now impregnable H2 is just one of the two cars he has purchased from IAC for the protection of himself and his family in their travels around the country. In case you're interested, the other one is a Cadillac Escalade that has also been equipped with "ballistic materials and 42-mm ballistic glass," which is able to hold up against fire from formidable weapons such as high powered rifles.

Unfortunately, since IAC deals with such a limited and upscale clientele, it's impossible to know just how much Pacquiao paid for this treatment. The base price of an H2, though, is over $60,000, so you can be sure Manny didn't skimp when paying for security.

Unfortunately, perhaps due to Pacquiao's insistence on top level security for himself and his family, there aren't very many images of his armored vehicles available online. Just picture a Hummer H2 that you can never get inside, and that should cover it.