Ferrari's newest supercar offering is their very attractive and stylish 488 GTB. This amazing car made its official debut at the Geneva Motor Show in 2015. It is set to replace Ferrari's 458 Italia, and will be a more powerful and expensive model. Early estimates have this car starting at about $230,000 for the standard version. If you want to customize your driving experience you can expect to pay upwards of about $300,000.

So what would make this car worth paying so much for? To start, it has a top speed of 206 miles per hour which is three times the legal speed limit in the United Kingdom. It can also go from 0 to 60 miles per hour in less than 3 seconds and from 0 to 120 mph in about 8 seconds. This car is based on the Ferrari 458 GT, which has won World Championship titles and also won its category in the last two 24 Hours of Le Mans races. This kind of speed is not is cheap though! 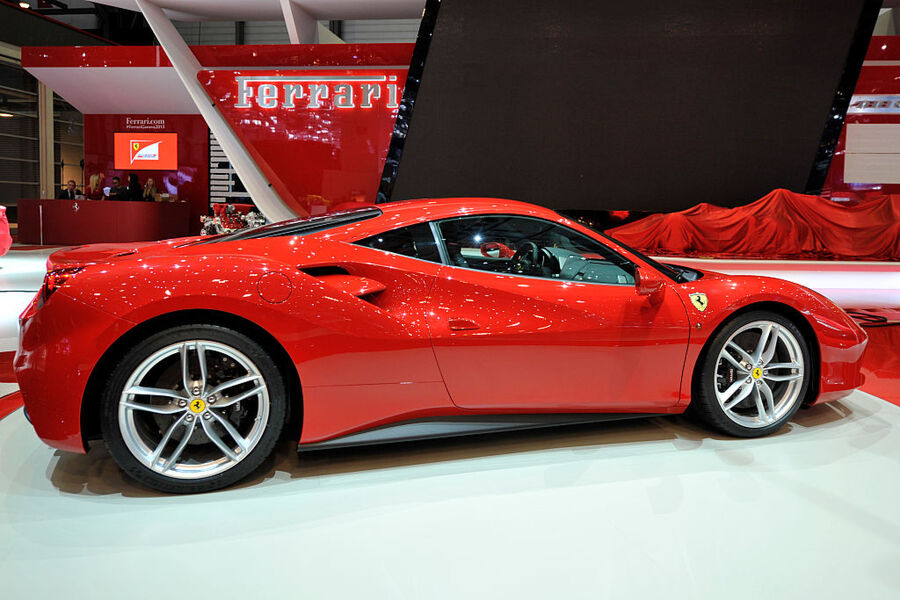 The Ferrari 488 GTB will be powered by a 3.9 liter V8 twin turbocharged engine with 670 horsepower, which will be located behind glass at the rear of the vehicle. It will also feature a 7-speed dual clutch transmission and this supercar is designed to deliver track level performance for all types of drivers. It will have an average fuel consumption of 24.8 mpg, though a downside of the 488 GTB is that it is expected to produce high CO2 emissions.

The 488 GTB was designed by the Ferrari Styling Centre. It is a two seater Berlinetta with cylinder brakes, LED taillights, and a keyless startup system. The Ferrari 488 GTB was designed not only to look good, but to perform at the top of its class. It will be the most aerodynamically efficient production vehicle Ferrari has ever offered. This car will have 50% more downforce, which will help keep it glued to the road and reduce the amount of drag. It will feature a large air intake scallop that is reminiscent of the Ferrari 308 GTB.

Interested drivers will be able to take delivery from Ferrari's Maranello factory around Christmas of 2015. This car would certainly make a great Christmas present–if it can fit under the tree!