By Paula Wilson on September 2, 2013 in Articles › Celebrity Cars

Christopher "Ludacris" Bridges has quietly built one of the most successful cross-disciplinary careers in Hollywood.  Always interested in music, he began rapping when he was in elementary school, and went on to major in Music Management at Georgia State University.  His music career began to take over in the late 90s, and he left school early to begin work on his first album.  His debut project, "Back for the First Time", spawned the hit tracks, "Southern Hospitality" and "What's Your Fantasy?", and helped introduce Atlanta's "Dirty South" sound, to a national audience.  Since then, he has released six more albums, and launched a successful acting career, appearing in such projects as "2 Fast 2 Furious", "Crash", and "New Year's Eve", among other films.  He has won three Grammy Awards, a SAG Award, and is the co-founder of Disturbing Tha Peace Records.  All of his success has allowed him to enjoy some of the finer things in life, including his brand new Bentley Continental GTC. 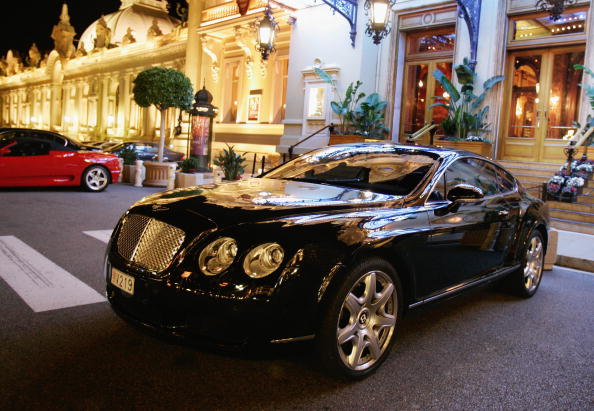 The Bentley Continental GTC is a two-door grand tourer coupe, that went into production in 2003.  The latest generation, known as the Continental GTC W12 went into production in 2011, after premiering at the 2011 Frankfurt Motor Show.  The car runs on a 6.0 liter twin-turbocharged W12 engine that produces 560 hp.  It can achieve a top speed of 197 miles per hour, and can go 0-60 in 4.6 seconds.  The GTC also features a handcrafted interior that is noticeably roomier than its predecessors, as well as standard 20 inch wheels.  The car also sports a 30GB touchscreen-operated "infotainment" system.  It currently sells for $195,000.