By Paula Wilson on June 3, 2013 in Articles › Celebrity Cars

It's not enough that Lord Paul Drayson is well, a Lord.  No sirree.  Lord Paul Drayson, a former Cabinet minister in the United Kingdom, is now dead set on breaking the current top-speed record for an electric vehicle.  In fact, he wants to break the 200mph barrier.  Lord Drayson is not your average politician, however.  He earned a degree in Production Engineering from Aston University, and then went on to earn a PhD in Robotics.  Prior to his political career, he ran multiple companies, including PoderJect Pharmaceuticals, a vaccine company which he co-founded, and served as Managing Director of Justin de Blank LTD.  His political career began in 2005, when became the Parliamentary Under-Secretary of State and Minister of Defence Procurement.  He went on to become the Minister of State for Defence Equipment and Support.  An avid amateur racer, he subsequently stepped down in order to participate in the American Le Mans Series.  (Though there may have been some insider intrigue, as well.)  Today, he is the President of the Motorsport Industry Association, and has raced in two Le Mans 24 Hours.  Blind in one eye, he has only recently been allowed to participate in the 24 Hour race.  He also owns Drayson Racing Technology, and it is with a car created by his technology and racing team, that he will attempt to cross the 200 mile per hour mark.

Lord Drayson's car is the Drayson B12 69/E.  The car was designed and manufactured at his company's headquarters in Oxfordshire, England.  The electric vehicle has a 30kWh battery surrounded by a carbon fiber cell.  In addition to the battery, there are four electric motors which are paired to power each rear wheel.  The combination produces 800hp, and the car can reach 100 mph in 5 seconds.  In order for his attempt to stand in the record books, Lord Drayson's speed must reach at least 176 miles per hour (the current record is 175 mph) on average over the course of a mile.  The only thing that could cause a hiccup, is the fact that the runway on which he will be attempting to set the record, is only just over a mile and a half long.  Come June 25th, we'll know if his engineering team's work has paid off. 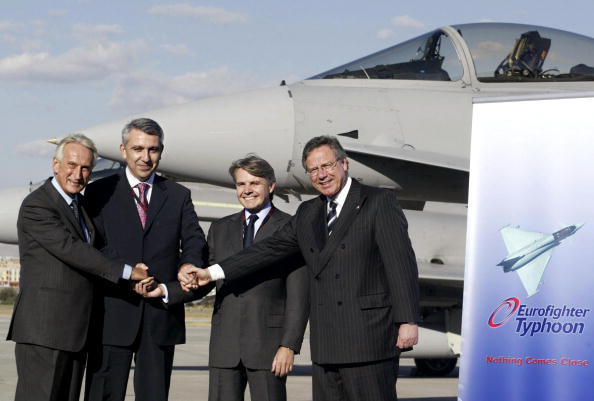 STR/AFP/Getty Images
Did we make a mistake?
Submit a correction suggestion and help us fix it!
Submit a Correction