Lionel Messi's Car: The Perfect Car for the Perfect Player

By Paula Wilson on July 7, 2014 in Articles › Celebrity Cars

Argentine footballer, Lionel Messi, is widely considered the best player in the world.  Lionel Messi has won every major award for a footballer multiple times, including three Ballon d'Ors, three La Liga Player of the Year Awards, a Gold Medal at the Olympics, and he has been named World Soccer Player of the Year twice.  During the 2011-2012 season, he set a new world record for the most number of successful goals in one season with 73.  He also became the first player to score five goals in a single match, and set the scoring record for a player during a single La Liga season, with 50 goals.  It's been a good year for Mr. Messi.  His prowess on the field has resulted in a rabid fan base, and numerous, lucrative endorsement deals.  The only thing more impressive than his ability on the field, is the number of perks he has received because of that ability. 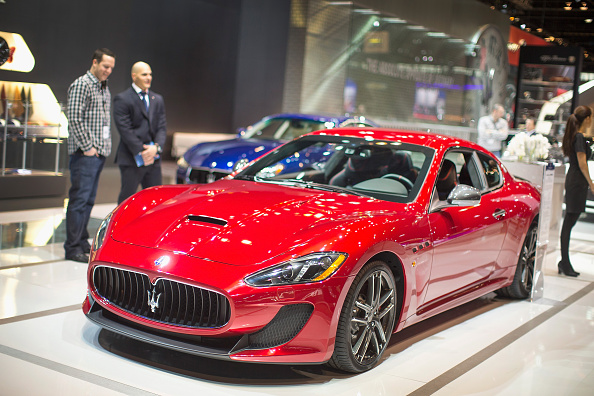 One recent perk is his brand new white Maserati GranTurismo MC Strasdale.  Quite possibly the best car ever manufactured by Maserati in terms of speed and power, the MC Strasdale features a three modes, Automatic, Sport, and Race.  It also comes with carbon ceramic brakes, and a 4.7 liter V8 Engine.  The MC Strasdale is a sportier, faster, lighter variation on the already impressive GranTurismo, and has only been on the market for about two years.  The car can go from 0 to 100 km/h in 4.6 seconds, and can hit speeds of up to 300 km per hour.  It is the first and only non-racecar that Maserati has manufactured with the ability to travel that fast.  It is a ridiculously awesome car, and is the perfect fit for a ridiculously awesome footballer.