Lil Wayne's Car: A Little Car for a Not So Little Rap Star

By Paula Wilson on September 28, 2012 in Articles › Celebrity Cars

Lil Wayne, also known as Dwayne Michael Carter, Jr., signed with Cash Money Records at the tender age of nine.  After performing as part of The B.G.'z, and then with the Hot Boys, he branched out on his own, releasing his first solo album, "The Block Is Hot", in 1999.  The album went Platinum, and began a very successful solo rap career that has continued to grow.  His most recent album, "Tha Carter IV", dropped during the summer of 2011, and has since sold 3.5 million copies.  Lil Wayne celebrated his birthday this week, and, as is the way with most music stars, he was given a car.  However, most musicians don't receive gifts from the decidedly eccentric Nicki Minaj, and most musicians don't receive cars like the Campagna T-Rex 14R. 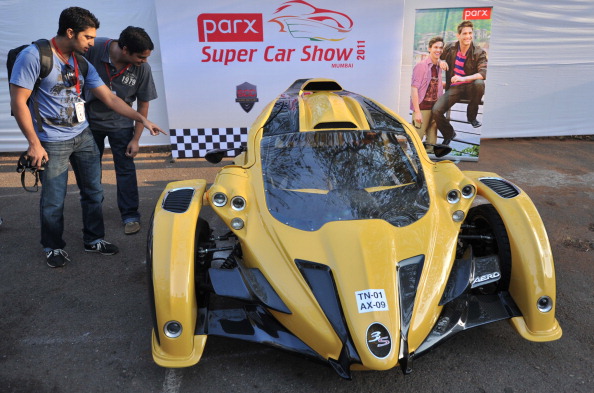 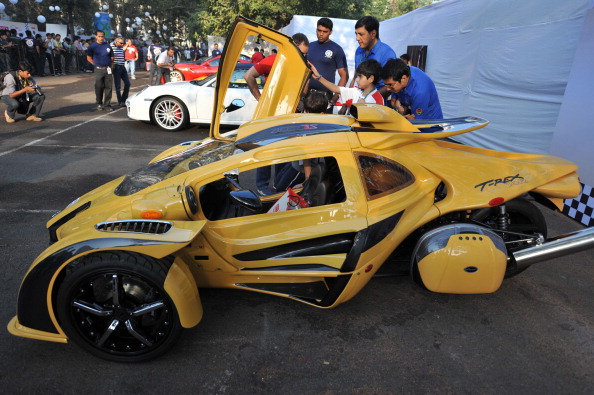 Lil Wayne's car, is actually a combination two-seater motorcycle and car.  The three-wheeled hybrid was created by the Quebec, Canada-based Campagna Corporation, and first became available in 1996.  The vehicle drives like a motorcycle, and has a six-speed manual transmission.  However, the driver and passenger sit next to each other, there are seat belts, and the seats are adjustable.  The cyclecar, as it is known, costs about $70,000, and comes with a 1.4 L Kawasaki I4 engine.  The car is quite small, and only ways 1,040 pounds, but it can achieve speeds of 150 miles per hour.  It is a funky looking vehicle, and it somehow seems like the perfect gift for one flamboyant rapper to give to another.