As the story goes, Lewis Hamilton walked up to Ron Dennis, the McLaren racing team principal, and told him, "I want to race for you one day… I want to race for McLaren one day."  That's a ballsy thing for any young driver to say.  It's especially ballsy when the person saying it is 10 years old.  However, three years later, he was racing as part of the McLaren/Mercedes-Benz Young Driver Support Programme, and 12 years later, he made his Formula One debut, racing for, you guessed it, McLaren.  He has since gone on to set numerous Formula One records, including the most wins in his debut season (4), most points in a debut season, most pole positions in a debut season, most consecutive podium finishes from debut, and he also became the youngest driver to lead the World Championship at 22 years, 4 months, and 6 days in 2007.  He has won twenty-one races to date, and is currently ranked 4th in the world.  He was also the 2008 World Champion.  In late 2012, he chose to leave McLaren and has been racing for Mercedes-Benz exclusively since then.  His prowess as a Formula One driver, his youth, and his ethnic background have made him extremely popular with advertisers.  This has led to some nice perks, including a one-of-a-kind Pagani Zonda.

Lewis Hamilton drives as a Pagani Zonda 760LH.  The car was commissioned for production by the racing star, and is similar to the Pagani Zonda 760RS, except for a few modifications.  The Pagani Zonda went into production in 1999, and was produced in both the 2-door berlinetta and 2-door roadster varieties.  The vehicle runs on a 7.3 liter AMG V12 engine, and was made with either a 5 or 6 speed manual transmission, or a 6-speed sequential transmission.  Production on the cars ceased in 2011, and now they are only produced by commission.  Lewis Hamilton commissioned a special design based on the another one-of-a-kind vehicle produced for Marcos Hites, a Chilean businessman.  The 760LH features a 760 hp engine, a carbon exterior, specially designed air ducts and roof air intake system, a rear tailfin, a manual gearbox, and a purple interior and exterior.  There is no word on how much Lewis Hamilton's vehicle cost, but you can be certain it was more than the average Joe could afford. 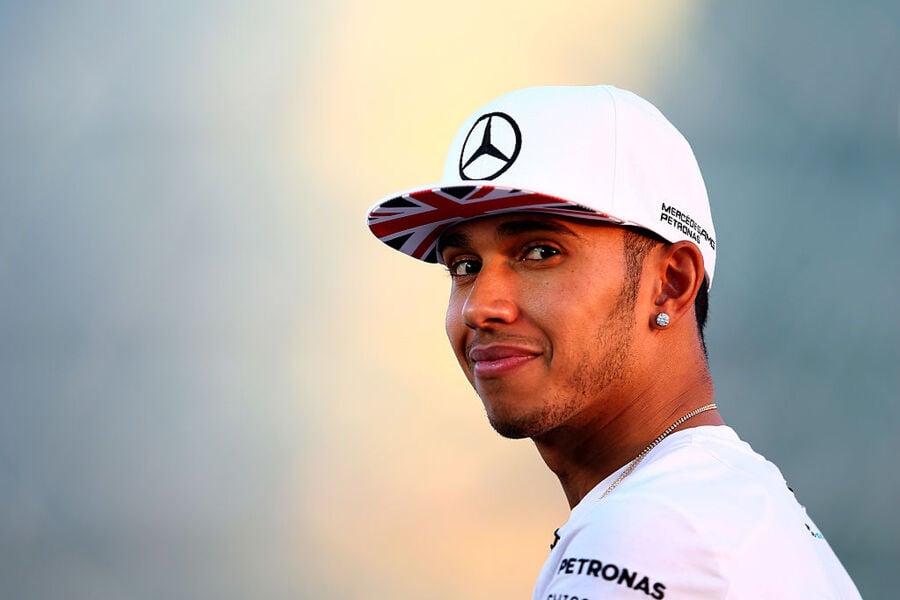