By Paula Wilson on August 6, 2013 in Articles › Celebrity Cars

One has to wonder what Leilani Dowding's parents said when she announced to them that she was leaving a promising career as a trader to focus on beauty pageants.  Not to say anything overtly negative about beauty pageants, but if you ace all of your high school exams, and are in the midst of pursuing an Economics degree at one of the better schools in the UK, why stop to walk around in a bikini in front of judges?  In the case of Leilani Dowding, the decision to leave school and focus on her physical, rather than mental assets, proved to be a rather lucrative one.  She was subsequently crowned 1998's Miss Great Britain.  She went on to become the first woman of Asian descent to represent Great Britain at the Miss Universe pageant.  She then made the move to glamour modeling, appearing topless in The Sun on Page Three in the late 90s.  From there, she went on to appearances on a variety of television programs, including "Big Breakfast", "This Morning", "Faking It", "Celebrity Wrestling", "Celebrity Fear Factor", and "Tough Love Miami".  She was the runner up on a charity edition of the game show, "The Weakest Link", and often competes in celebrity poker tournaments.  She was also featured in Maxim Magazine in 2011.  However, like many current models, she has parlayed her good looks into other pursuits, indicating that she did not entirely retire her brain when she shifted her career focus.  She has traveled to the Balkans and Iraq on morale boosting trips for British troops, and also owns her own clothing line called the Leiluna Collection.  When she is driving around town for various celebrity functions, she can be seen in her white Mercedes-Benz CLK 550.

The Mercedes-Benz CLK was first introduced in 1996, and has since gone through various iterations.  It had a major facelift in 2000, and then underwent another redesign in 2003.  Each update was mean to make the car more efficient in every way.  The latest convertible CLK 550 runs on a 5.5 L DHOC V8 engine that produces 382 horsepower.  It has a seven-speed automatic transmission, and can reach a top speed of 200 miles per hour.  It can go 0-60 in 6 seconds.  The vehicle costs approximately $75,000.  Though it may seem odd that Leilani Dowding let go of a career as a trader, it's pretty clear that the whole beauty pageant thing didn't hurt her pocketbook much. 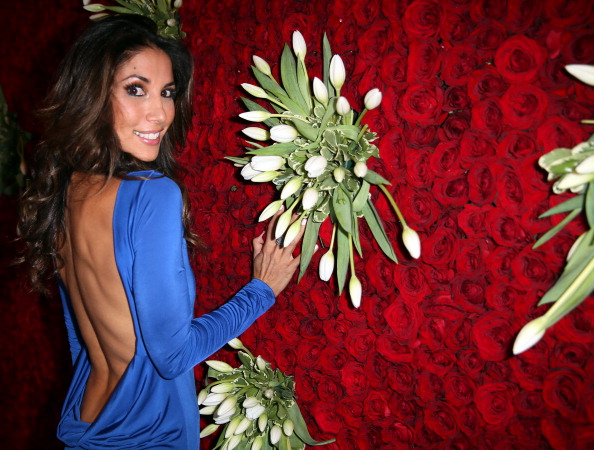