The fine folks at Lamborghini have added a new twist to their Huracán model with their all new Huracán LP 610-4 Spyder supercar. This new model's big attraction is its soft convertible top, which is offered in your choice of either black, red, or brown. Although this car still has impressive power, it is being marketed as a "lifestyle car" and is not necessarily being branded for its performance numbers. 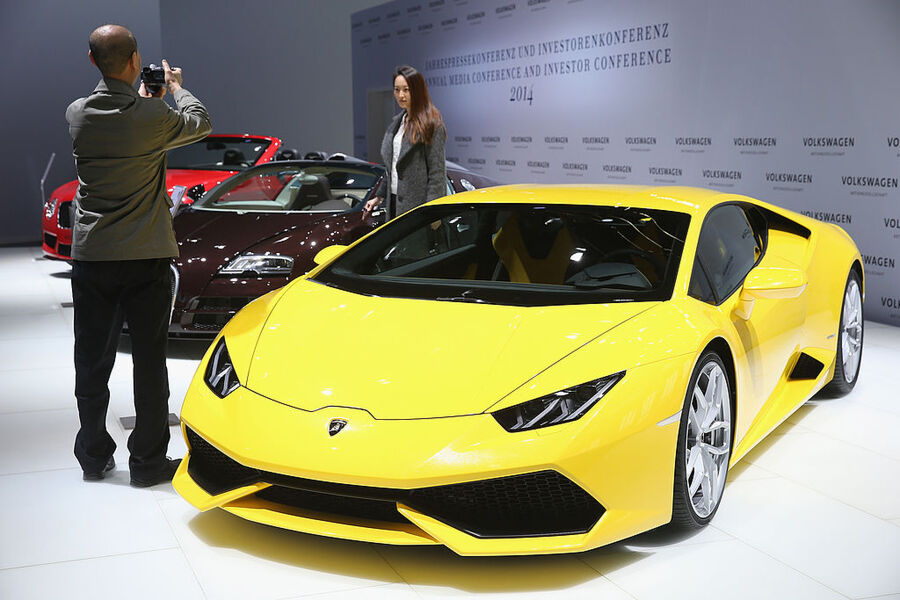 This Huracán utilizes Lamborghini's Iniezione Diretta Stratificata. Don't worry if you don't know what that means, it is Italian for direct and port fuel injection. This nice feature helps to create fewer emissions when you start up the car. This Lambo also comes with standard all-wheel drive and a Doppia Frizione seven-speed dual-clutch transmission.

The soft top has been tested and advertised for its ability to go up or down in only 17 seconds, while the car is traveling at speeds of up to 31 miles per hour. The Lamborghini Huracán LP 610-4 Spyder will start at $265 thousand, which is about $25 thousand more than the standard coupe version. By the time you add on some extra features, the price of this car will easily reach the $300k range.