Lady Gaga has been touring nonstop for the last few years, it seems. Along the way, she has made headlines for multiple reasons. From her outspoken stance regarding gay and lesbian rights, to her eye-popping  sense of fashion (meat dress anyone?), to her string of hits that seem to occupy their own portion of the pop universe, Lady Gaga has built a legion of devoted fans around the world. She has of course made some enemies, too. The only people more rabid about her than her fans, are her detractors. Her concerts have been cancelled in multiple countries, as religious groups, and the occasional high ranking government official, have denounced the images in her concerts and the lyrical content of her songs.  She has soldiered on, however, seemingly performing nonstop. Recently, the stress of her whirlwind schedule finally caught up with her, and she was forced to take some time off to recover from back and leg injuries from simple overuse.  While taking some time off, she was also able to get out and enjoy the beautiful California weather in a McLaren MP4-12C Spider.

The McLaren Spider went into full production in 2011.  It was first launched in 2009, and holds the distinction of being the first vehicle designed and built entirely by McLaren Automotive since the late 90s. The sports car runs on a mid-mounted McLaren M838T 3.8-litre V8, twin-turbo engine which produces 616 hp. The vehicle has a top speed of over 200 miles per hour and can go 0 to 60 in 3.1 seconds.  Built on a carbon fiber composite chassis, the car also has a seven-speed Seamless Shift dual-clutch gearbox.  The McLaren 12C costs a fairly reasonable $260,350, but not matter the price, Lady Gaga doesn't need to worry.  One of the perks of a very full touring schedule, is a very full wallet at the end of the tour. 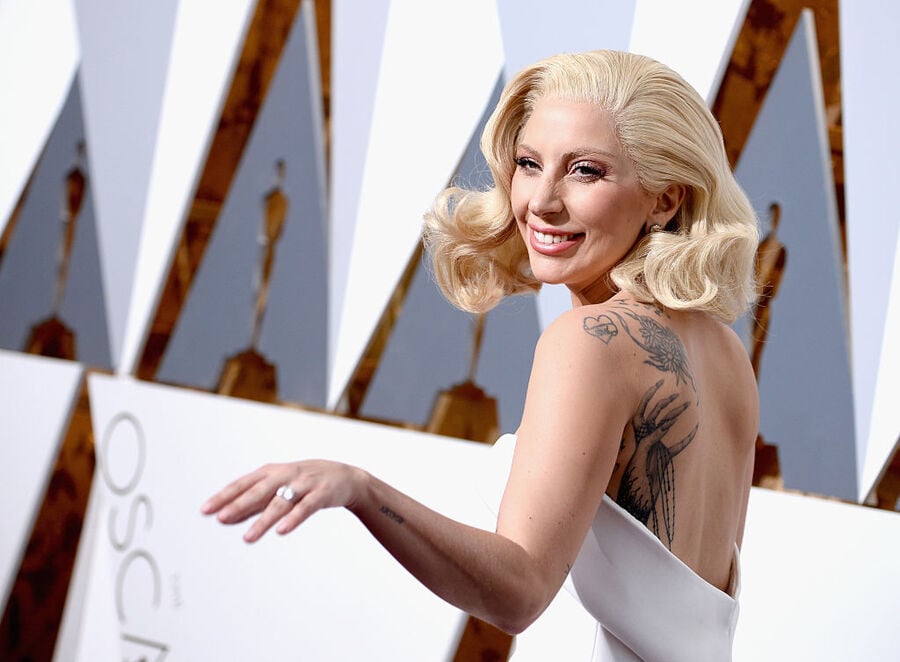