By Paula Wilson on September 12, 2013 in Articles › Celebrity Cars

Everything about Lady Gaga seems to be about pushing the envelope.  From dresses made of non-traditional materials such as meat (!), to an ever-shifting array of more and more outlandish hairstyles, to her outspoken activism, the multi-platinum diva has always marched to the beat of her own drummer.  Audiences around the world seem to like this beat quite a lot, as she has sold nearly 23 million albums, and 64 million singles since bursting onto the music scene with her first album back in 2008.  Born Stefani Joanne Angelina Germanotta, Lady Gaga was already a fixture on the underground music circuit in Manhattan when her songwriting skills were tapped by Interscope Records.  She signed her own contract with Akon's label in 2007, and released her first album the next year.  Five Grammy Awards and a Billboard Artist of the Year Award later, she is one of the most successful pop acts of the last few decades, and her influence in the worlds of music, fashion, and social justice spans the globe.  Her rampant success has allowed to indulge in some of the finer things in life, including multiple gorgeous cars.  One of her favorite recent purchases, is her red Rolls-Royce Corniche III. 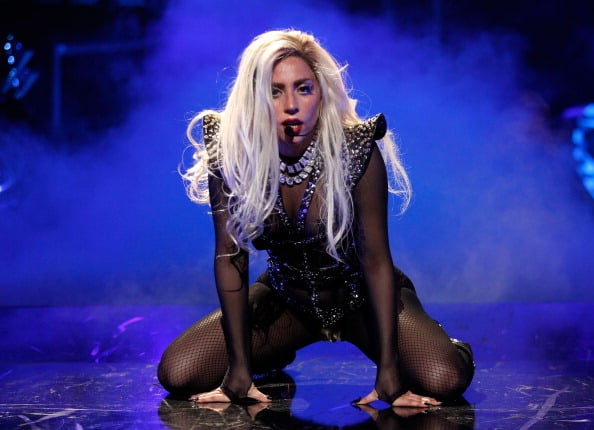 The Rolls-Royce Corniche III went into production in 1989.  Production ended in 1993.  The Corniche line was produced from 1971 to 2001.  The cars were luxury two-door coupes or convertibles.  The car was also marketed by Bentley, as the Bentley Continental.  The Corniche III runs on a 6.75 liter L410I OHV V8 engine.  The vehicle features alloy wheels, color-coated bumpers, and MK-Motronic fuel injections.  Other internal improvements to the Corniche III included the implementation of a more advanced suspension system than previous models, improved air bags, and a more user-friendly dashboard.  Like all Rolls-Royce models, the Corniche III carries a hefty price tag.  Lady Gaga's car cost approximately $360,000.  However, with 23 million albums sold, she's probably not too, too worried about the cost.