Kris Jenner's Car: The Mother of All Things Kardashian Goes Christmas Shopping… For Herself

By Paula Wilson on December 26, 2012 in Articles › Celebrity Cars

If you have ever found yourself shaking your head at the latest antics of the Kardashian clan, and wondering aloud, "Where did these people come from?", you need look no further than Kris Jenner.  Kris Jenner, formerly Kris Kardashian, formerly Kristen Mary Houghton, is the mother of all things Kardashian, quite literally.  She first caught the nation's attention as the wife of Robert Kardashian.  Her former husband was part of O.J. Simpson's defense team, and she was Nicole Simpson's best friend.  The publicity surrounding the trial proved to be the perfect launchpad for Ms. Jenner's pop culture ascension.  She has since published a book, "Kris Jenner and All Things Kardashian", and has starred in multiple reality shows about her family, including ,"Keeping Up with the Kardashians", "Kourtney and Khloe Take Miami", "Khloe and Lamar", and "Kourtney and Kim Take New York".  She has also appeared on such shows as "The Talk", "Good Morning America", and "America's Next Top Model".  She even broadcast the preparations for, and recovery from, her most recent facelift via E! Online.  In Kris Jenner's world, everything is worth sharing with the public, no matter how small that thing might be.  This includes showing off a new vehicle, which is just what she did recently, via Instagram. 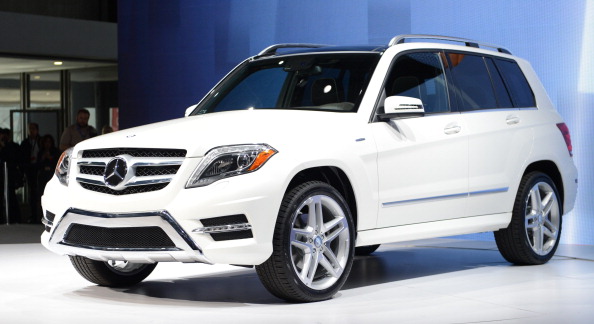 Kris Jenner's car is a Mercedes-Benz G63.  A Christmas present she purchased for herself, the G63 has a long history.  The G-series has been produced by Mercedes-Benz for 30 years, and has proven to be continuously popular.  The company continually updates and improves the car, making the release of each new iteration, an event.  The car has a rather boxy, utilitarian profile that belies just how luxurious a vehicle it is.  Originally designed for the Shah of Iran, G-Class vehicles have gone on to become the favorite SUVs of everyone from the Pope to multiple rap stars.  The car comes with a 5.5 liter V8 engine, 7G-Tronic transmission, AMG sports exhaust system, titanium-grey alloy wheels, ESP with automatic control systems, LED daytime running lights, and a ridiculous number of other luxury features.  The car currently sells for $135,000+, but with the number of endorsements, television deals, and product placements that Ms. Jenner has accrued, she can afford to give herself a few more birthday presents just like this one.