The Knight Rider Car: Own a Piece of Television History

By Paula Wilson on September 3, 2012 in Articles › Celebrity Cars

It is amazing to consider the lasting legacy of "Knight Rider", the incredibly cheesy, but somehow simultaneously awesome "sci-fi western in a car" television series that ran from 1982 to 1986.  Though the series only ran for 90 episodes, it spawned multiple attempts at spin-offs, two different television movies, a feature film, five novels, and two non-fiction books about what inspired the series and its impact on pop culture.  The theme song, by Glen A. Larson and Stu Phillip, has been sampled by everyone from System of a Down to Punjabi MC to Lil' Kim.  The star of "Knight Rider", David Hasselhoff, has experienced a number of career ups and downs, but whenever he seems to be in a low spot, he just reaches back to his "Knight Rider" fan base, and somehow manages to pick himself up again.  The only thing more famous than the show itself, is the Pontiac Trans Am, called KITT, that was featured in every episode.  The car, which supposedly had a technologically advanced frame, and was outfitted with computerized artificial intelligence, helped David Hasselhoff's character solve crimes that the standard police system could not.  It also launched the image of the Trans-Am with the red LED light on the hood, into television lore, and spawned multiple toys and video games.  The car became a celebrity in and of itself, and made the Trans-Am one of the most popular cars in the world for much of the 80s.  In fact, the General Manager of GM had to ask the creators of "Knight Rider" to stop referring to KITT as a Trans-Am.  Customers were becoming irate in Pontiac dealerships, when they found out that the car they saw on television didn't actually exist. 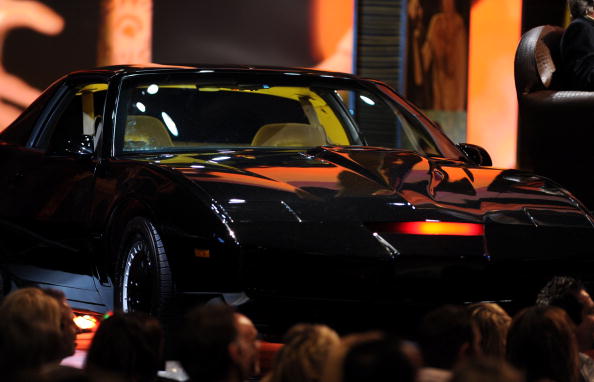 There are now a number of Trans-Ams that have been outfitted to look like KITT, and many are for rent.  One dealership in the U.K. is selling their KITT replica, which was signed by David Hasselhoff, as they prepare to be bought up by another company.  Their Trans-Am, which dates back to 1987, comes complete with velour seats, a high-tech interior (circa mid-1980), and that famous LED light on the hood.  If you have always wanted to feel like "Knight Rider", now you can, for $47,000.  Mind you, a mid-80s Trans-Am without all the "Knight Rider bling" will probably only cost between $10,000 and $12,000, so you might have to decide how much you are willing to pay for a walk down the historic halls of canceled television.