Kellie Pickler's Car: From Studio to Studio in Style

Of all of the singing competition shows, "American Idol" has most consistently turned out commercially successful artists.  Kellie Pickler made it to the Top 6 during the show's fifth season in 2005, and was signed to her first record label a year later.  Known for both her strong country music voice, and her decided lack of pop culture and social savvy, the pretty, but awkward young singer, was instantly popular with gawky teens and older country fans.  Her first album has since been certified Gold, and spawned three Top 20 Country hits.  Her second album, released in 2008, netted her two Top 20 hits, and a Top 10 hit on the country charts.   Her third country album was released in early 2012, and debuted at #7 on the Billboard 200. None of its singles were popular, however, and later that year, she chose to part company with her record label, and sign with a smaller independent label.  She is currently taking a break from recording and touring, to do something no other "American Idol" alum has done before.  Kellie Pickler is competing on another popular reality competition series – "Dancing with the Stars".  She is currently paired with Derek Hough, who has won repeatedly, so there is a good chance she'll place much better than 6th this time around.  When driving around Los Angeles between rehearsals and tapings, Ms. Pickler can be seen in a BMW X3. 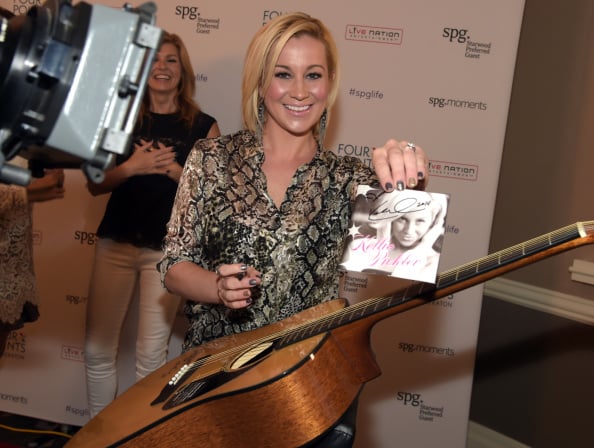 The BMW X3 is known as a Sports Activity Vehicle, a slightly sportier version of the SUV.  The compact crossover vehicle went into production in 2003, and a second generation was launched in 2010.  The car runs on a 3.0 liter inline six-cylinder petrol engine, and has eight-speed automatic transmission.  The vehicle has BMW's patented all wheel drive system, and currently sells for approximately $42,000.  Even though Ms. Pickler was unable to name the country of which Budapest is the capital during her appearance on a charity edition of "Are You Smarter Than a Fifth Grader?", she clearly knows her cars.