By Paula Wilson on February 13, 2013 in Articles › Celebrity Cars

The words "Kanye West" and "Dad" sort of sound, well, weird together.  The very talented, very successful hip hop artist with some decided impulse management issues, has always sparked debate.  There seems to be no middle ground with Kanye.  You either love him, or you really, really, don't love him.  He has won 53 major music awards, 21 of which are Grammy Awards, and he has produced successful tracks for such artists as Taleb Kweli, Common, Mobb Deep, Janet Jackson, Alicia Keys, John Legend, and Jay-Z, among many, many others.  Four of his five albums have reached #1 on the U.S. charts, and he is ranked third for most digital singles sold ever.  There is no denying the man is successful.  A year or so ago, he began making headlines for his relationship with Kim Kardashian, who had also recently married and divorced in record time.  Everyone scoffed at the stories initially, but when the couple announced that they were expecting their first child together, suddenly everyone began to pay more serious attention.  In preparation for the birth of their bundle of joy, Mr. West decided to get rid of the matte black Lamborghini Aventador Kim Kardashian gave him as a present in 2012, in order to get a more family friendly Mercedes-Benz. 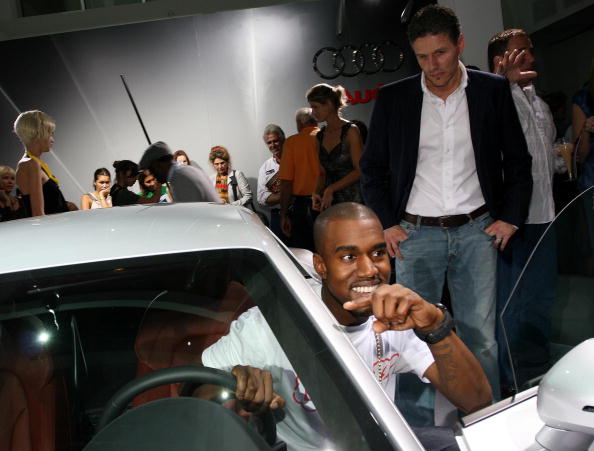 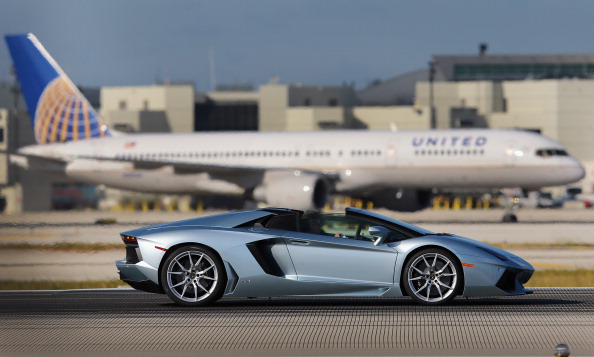 The Lamborghini Aventador debuted in early 2011 at the Geneva Motor Show.  The car runs on a 6.5 liter L530 V12 engine, and has a seven-speed ISR semi-automatic transmission.  The vehicle can go from 0-60 in 2.9 seconds and can achieve a top speed of 217 miles per hour.  While it is considered the most "user-friendly" of the Lamborghini line, and was awarded "Supercar of the Year 2011" by Top Gear, it is still not the most family-friendly vehicle.  Brand new, the cars sell for $387.000.  With the bragging rights, and the custom paint job that comes with the Kanye West/Kim Kardashian Aventador, Mr. West was able to snag $445,000 for it.