Kanye West's Car: The Car That Every Doting Father Wishes They Could Buy

By Paula Wilson on September 1, 2013 in Articles › Celebrity Cars

Based on the amount of media coverage leading up to, and during, the birth of Kim Kardashian and Kanye West's first child, North "Nori" West, you would have almost thought it was the second coming of some higher deity.  Granted, with two such high-profile parents, there was next to no chance that the birth would be a quiet affair.  Kim Kardashian made a name for herself in reality television.  The various shows following her entire family (not to mention her quickie wedding a few years ago), are watched by literally millions of people worldwide.  Kanye West is a highly controversial and incredibly talented rap artist and producer, who also has millions of fans worldwide.  His most recent album, "Yeezus", has been widely critically acclaimed (though not quite as popular with his fans), and his other recent albums, including the immensely popular, multi-award winning release, "My Dark Twisted Fantasy", and his 2011 collaboration with Jay-Z called, "Watch the Throne", are regularly listed as some of the best's albums in decades.  When the news broke that the two celebrities had hooked up, the media and public interest was immense.  The announcement of their pregnancy was enough to send gossip rags and network news anchors into fits.  With that amount of attention, it's actually pretty understandable why Kanye went out of his way to make sure that the family vehicle was safe.  Anytime you attract media attention, you also attract the attention of some truly, shall we say – devoted – fans.  Those people can be downright scary. Kanye seems to have purchased just the car for dealing with people such as these. 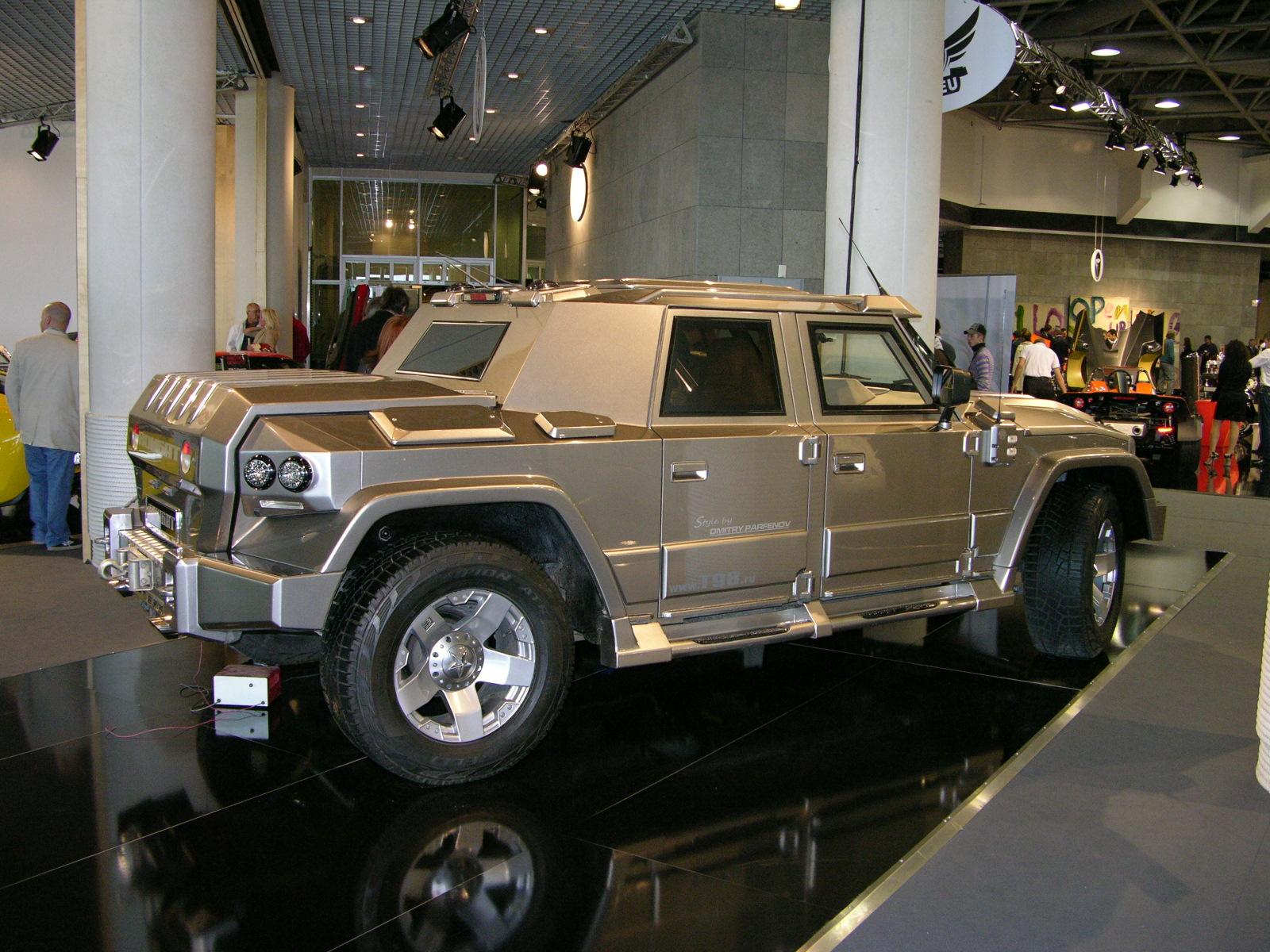 Kanye West's car is a Dartz Prombron Iron Diamond SUV.  The $1.5 million car, which is being custom designed for Kim Kardashian and their new child, is the product of a Latvian company that specializes in luxury armored vehicles.  The SUV runs on a Duramax V8 engine, and can achieve a top speed of 110 miles per hour.  It is touted as "the world's first safety car for ladies".  Standard features include bullet-proof windows, a tungsten exhaust system, a Kevlar coated exterior, 3-doors (to prevent kidnapping!), a 360 degree parking video system, and any other bells and whistles that might make a celebrity or dignitary feel safer.  Depending on the amount of danger the car's owner might be facing, the company has a leveled system for determining how indestructible to make the vehicle.  Level B7, their highest level, can withstand land mines and grenades.  There is no word yet on what safety level Kanye chose, but based on the price tag, it was probably pretty high.