Check out Justin Bieber's car! Justin Bieber is one of those celebrities who has a way of crawling into every aspect of life. He's been seen training with Mike Tyson most recently, which has apparently lead to the Bieb going around socking people who displease him. But you're here to discuss another facet of Justin Bieber's life: Justin Bieber's car, the $110,000, all-chrome, environmentally friendly, hybrid Fisker Karma that gets him from point A to B in style and with a good conscience.

One of the most notable automobiles to hold the title of Justin Bieber's car is the Fisker Karma, which Bieber received as a present for his 18th birthday from his manager Scooter Braun. Scooter wanted to give Bieber a present to thank him for his selfless way of living, although this wasn't just a gift from Bieber's manager. R&B singer and Justin Bieber mentor Usher was also reported to have a hand in purchasing this elaborate gift. He gave him the present live on Ellen DeGeneres' talk show, and Bieber was appropriately impressed. 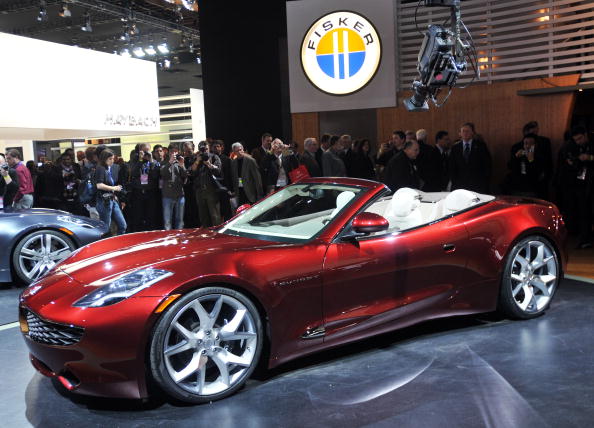 Why was he so impressed? The Fisker Karma is one of the most revered hybrid cars ever built – the rare car that's both environmentally friendly and completely stylish and cool. It combines many of the best elements of luxury and sports cars with a high tech hybrid engine that also runs in all-electric and all-gasoline modes.

So you can understand why many car buffs were shocked when Bieber replaced the car's tastefully stylish black paint job with something pretty unorthodox: Not fire engine red or neon green, but bright silvery chrome! In what is bafflingly not illegal, Bieber had his cover covered in highly reflective chrome that gives off an incredible glare on sunny days and basically looks like he's driving around the bad guy in Terminator 2. There's also a small strip of fuscia LED lights installed just under the grille, but who could notice that in the face of all that chrome?