Justin Bieber seems to be going the way of Chris Brown, lately.  Which is to say that he is saying incredibly stupid stuff; getting into the kind of trouble, in multiple countries, that only his celebrity status and a fast-talking manager can get him out of; and driving around in increasingly ostentatious cars.  The once squeaky clean Canadian YouTube sensation has become a full-blown pop divo, and he has the dubious headlines to prove it.  After being "discovered" by Scooter Braun, in 2008, the then 15-year old took the music world (and a lot of tweens) by storm, with the release of his debut album in 2009.  You couldn't turn in a circle without seeing a billboard, t-shirt, or photograph of the young star, and his songs became radio mainstays.  Five years after that fateful day when Mr. Braun stumbled across his YouTube footage, he has become a full-blown star, with 39 million Twitter followers, and revenues worth upwards of $55 million per year.  He's 19 years old, stupid rich, and… 19 years old and stupid rich.  Which is probably what explains his latest car purchase.

Justin Bieber's newest car is an Audi R8.  This is a wise choice in and of itself.  The Audi R8 is a mid engine, 2-door sports car that runs on a 5.2 liter FSI V10 engine that produces around 525 hp.  The vehicle has a top speed of 199 miles per hour, and can go 0-60 in 3.6 seconds.  The car also has LED headlights, a Bang & Olufsen sound system, larger rear brakes than previous models in the R8 line, a fixed rear wing, and front bumper mounted winglets.  At basic, the Audi R8 sells for approximately $197,000, but here is where Justin's car gets a little special.  He coated his in a big old leopard print finish.  So, now it looks like a cross between a sports car, and a handbag purchased on the Jersey Shore.  Well, he's a big pop star, so, apparently, he can do what he wants.  (Even if it makes no sense.) 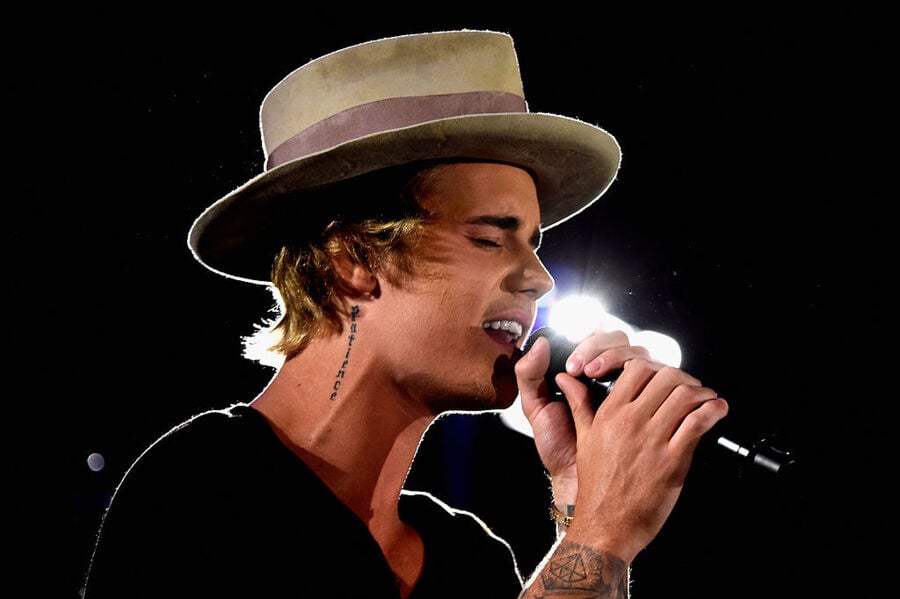