Justin Bieber was just a Canadian pre-teen posting videos of his songs to the internet a few years ago.  Then Scooter Braun, a former marketing executive, and later Beiber's manager, stumbled across his videos.  The rest is history.  "Bieber Fever" swept the world, and the singer-songwriter from Canada has gone on to sell 15 million albums since his first studio track dropped in 2009.  He is literally a world-wide phenomenon.  He is also ridiculously, ridiculously wealthy, and is currently worth $100 million.  He celebrated his eighteenth birthday earlier this year.  What do you give to a young superstar who could literally buy a small nation?  Apparently, you give him a black Fisker Karma… which he then chromes… and gets pulled over for speeding in. 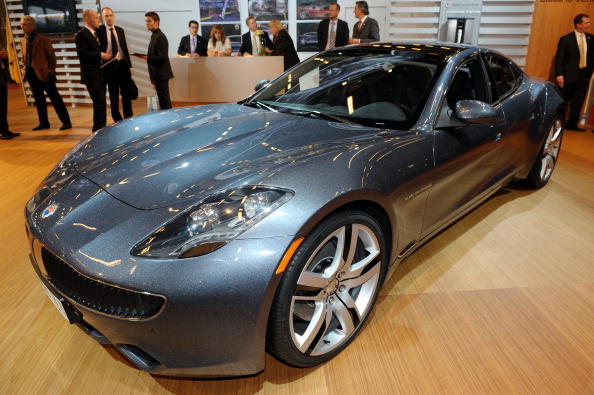 The Fisker Karma, produced by Fisker Automotive, was supposed to launch in 2009, but did not actually leave the assembly line until July of 2011, making Justin Bieber's one of the first available.  A plug-in hybrid, the super luxury subcompact sports sedan, features a 2.0 liter Turbocharged Ecotec VVT DI LNF I4 engine, and two 120 kW electric motors, and 479 N-m torque.  The electric motors run off of a 20.1 kWh lithium-ion battery.  It comes with a solar-power roof, which provides back-up power to the ion battery, as well as interior climate control.  The interior of the car is also constructed partially of reclaimed or salvaged wood, and uses cow hide that may have been rejected for imperfections by other manufacturers in its leather interior.  It can go from 0-60 in 6.3 seconds, drive 52 miles on one electrical charge, and gets 26 miles per gallon.  It currently costs approximately $110,000.  The car has had some troubles since it went to market, and everything from motors, to coolant systems, to fan units have been replaced in the limited number of vehicles that have been sold.  There is no word yet on whether Mr. Bieber has experienced any issues, but if he does, it will most certainly be worldwide, front page, news.