By Paula Wilson on October 31, 2013 in Articles › Celebrity Cars

It's hard to think about the nineties, and going to the movies, without imagining Julia Roberts.  She pretty much ruled movie theaters for a decade or so.  After first gaining notice in supporting or co-starring roles in films like, "Mystic Pizza" and "Satisfaction", she became an actress to watch with her Oscar-nominated performance in "Steel Magnolias".  Then in 1990, she became a massive, breakout star.  Her performance opposite Richard Gere in "Pretty Woman", catapulted her career into the stratosphere, and for the next decade, she was seemingly in a new hit movie every year.  Between 1990 and 2000, she appeared in 21 films, including "Flatliners", "Hook", "Dying Young", "Sleeping with the Enemy", "The Pelican Brief", "Michael Collins", "Conspiracy Theory", "My Best Friend's Wedding", "Runaway Bride", "Notting Hill", and "Erin Brokovich", for which she won an Oscar.  She also guest starred on various television shows.  Since 2000, she has slowed down marginally, but not by much.  In addition to giving birth to three children with her husband Daniel Moder, she has also appeared in such projects as "Ocean's Eleven", and its sequels,  "Confessions of  a Dangerous Mind", "Mona Lisa Smile", "Closer", "Fireflies in the Garden", and "Eat Pray Love".  She is next slated to appear in the upcoming film adaptation of the award-winning play, "August: Osage County".  She has quite literally been working constantly for nearly 25 years.  When she's not on set, she gets around town in a Mercedes GL.

The Mercedes GL went in to production in 2006, and is known for its relatively sleek styling in comparison with other SUVs, and other cars in the Mercedes GL class.  A five-door, full-size luxury crossover vehicle, the Mercedes GL is currently in its second generation.  The most recent variation of the vehicle went into production in 2012, and has a longer body than the earlier generation, but weighs less overall.  It runs on a 5.5 L Biturbo V8 engine which produces 549 hp, and can go 0-60 in 4.9 seconds.  The car features Mercedes' BlueEFFICIENCY package, which is a host of features that makes the car more ecologically friendly.  Additionally, the car has nine airbags, an electric easy-pack tailgate, an Intelligent Light System, USB and Bluetooth interfaces, and an optional online command system that features a 3D display.  The Mercedes GL has won numerous awards, including being named the 2013 Motor Trend SUV of the year.  It sells for a surprisingly reasonable $70,000, which is probably what Julia Roberts makes every two weeks at this point. 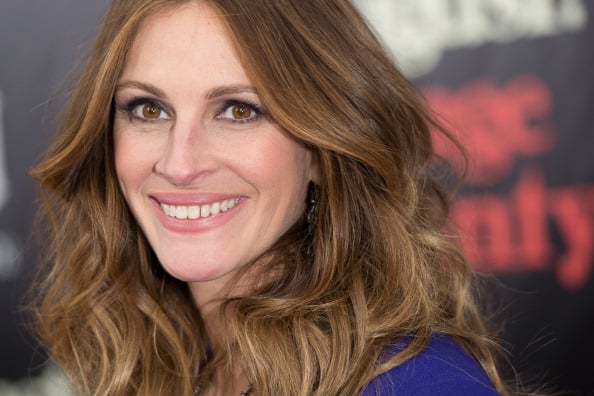 Dave Kotinsky/Getty Images
Did we make a mistake?
Submit a correction suggestion and help us fix it!
Submit a Correction