By Paula Wilson on September 4, 2013 in Articles › Celebrity Cars

Josh Duhamel and his wife, Stacy Ann "Fergie" Ferguson, of Black Eyed Peas' fame, just welcomed their first child into the world together.  Josh Duhamel first began to make a name for himself in the late 90s.  After winning "Male Model of the Year" at the International Modeling and Talent Association convention, he went on to appear in music videos.  From there, he was cast as Leo du Pres on "All My Children".  He played the role from 1999-2002, and received multiple Daytime Emmy nominations while on the show.  He won in 2002.  After guest starring on "Ed", he starred on the series, "Las Vegas", while also launching a successful film career.  He has appeared in such projects as "Win a Date with Tad Hamilton", the "Transformers" franchise, "When in Rome", "Life as We Know It", "New Year's Eve", "Fire with Fire", and most recently, "Safe Haven".  He has also appeared on such television shows, as "Crossing Jordan", and provided voiceover work for "Fanboy and Chum-Chum", and "Jack and the Never Land Pirates".  He has become quite popular with teen audiences especially, and with three more projects slated to come out in 2013, he shows no signs of slowing down.  In preparation for the birth of his first child, he recently purchased a car with a bit more "oomph".  He has been seen around town in a Jeep Wrangler Unlimited. 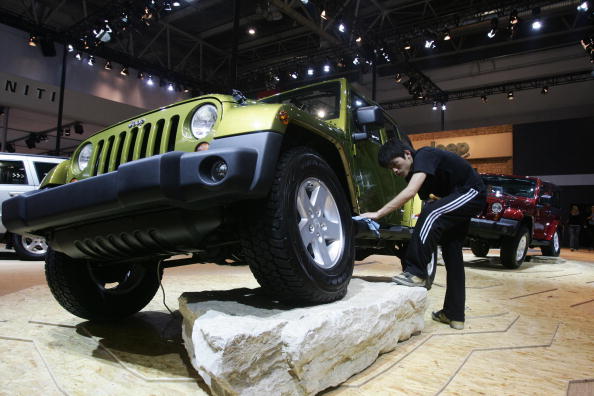 The Jeep Wrangler Unlimited went into production in 2007, and has been updated twice since then.  The current version runs on a 3.8 liter EGH V6 engine which produces 202 hp.  It comes with standard four-wheel drive and six-speed manual transmission.  It also features a standard electronic stability program, along with the MyGig entertainment system.  It can come with side-mounted airbags, remote keyless entry, and a navigation system, among other bells and whistles.  It sells for a surprisingly reasonable $21,000.  Josh Duhamel is a relatively low-key guy as celebrities go, and until he recently, he'd been driving around in the same pick-up truck he'd had since early in his career.  The Jeep Wrangler is a step up for him.