Jonah Hill made his own fame.  He first gained notice by performing in productions that he wrote for himself in the East Village in New York, while he was studying music at the New School.  Though he had not considered a career in acting before, the success of his shows led him to shift his focus.  After being invited to audition for "I Heart Huckabees" by Dustin Hoffman, he was on his way.  He was subsequently "adopted" by prolific filmmaker Judd Apatow, and has since appeared in "The 40-Year Old Virgin", "Superbad", and "Knocked Up".  He has also appeared in such films as, "Evan Almighty", "Forgetting Sarah Marshall", "Night at the Museum 2", "Bruno", and "Get Him to the Greek".  He regularly does voice over work, and has voiced characters for such films as "Horton Hears a Who!", "How to Train Your Dragon", and "Megamind".  In 2011, he received widespread critical acclaim, and an Oscar nomination, for his performance as Peter Brand in "Moneyball".  Since then he has co-starred in "21 Jump Street",  "Django Unchained", and "This is the End".  His next projects include "The Wolf of Wall Street", "How to Train Your Dragon 2", and "True Story", among others.  All of his success has made it possible for him to enjoy some of the finer things in life, including a new Porsche 911 Carrera. 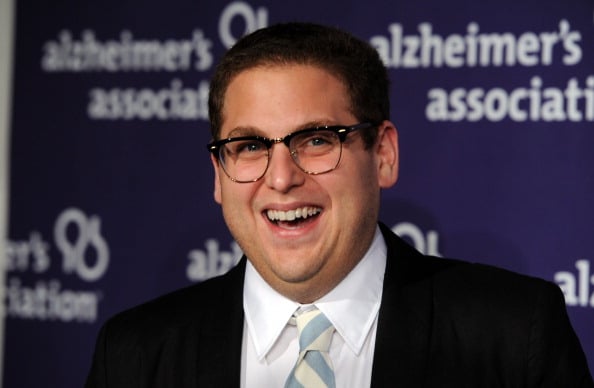 The Porsche 911 began as a sketch by Ferdinand "Butzi" Porsche in 1959.  The car was meant to be a larger, more comfortable version of Porsche's popular 356.  It debuted in 1963, and the first 911 Carrera was launched in 1973.  Since then, the two-door grand tourer has gone through multiple generations and redesigns.  In 1999, it placed 5th on an international Car of the Century poll.  The most recent generation of the 911 Carrera was released in 2012, and it is the first generation to  to be built on the new 991 platform.  The car runs on a 350 hp, 3.4 liter engine, and is 2.2 inches longer than its predecessor.  The rear of the vehicle has also been stretched, and the body is made primarily of aluminum.  It can go 0-60 in 4.6 seconds.  The transmission is a newly designed 7-speed Manual-Transmission, and fuel economy has been noticeably improved.  The car currently sells for anywhere from $85,000 to $172,000.  It's a healthy chunk of change, but with his recent success, Jonah Hill doesn't really have to think about it.