Jon Hamm's Car: A Sophisticated, Yet Mellow Vehicle for the Actor Who Made Manly Cool Again

Jon Hamm decided he wanted to be an actor while in college.  He relocated to Los Angeles in the mid-90s, and, unfortunately, found little success.  After three years without a booking, he was dropped by his agent, and he decided that if he didn't book anything by age 30, he would go back to his home state, and work a regular job.  Fortunately for audiences everywhere, he began booking work steadily in 2000.  A one-episode guest-starring role on "Providence", grew to nineteen episodes because of his popularity with audiences.  He also began appearing in feature films, including "Space Cowboys" and "Kissing Jessica Stein".  For the next few years, he would go back and forth between film and television work steadily, appearing in such projects as, "We Were Soldiers", "Gilmore Girls", "The Division", "CSI: Miami", "Point Pleasant", "Charmed", "Ira and Abby", "The Unit", "What About Brian", "Numb3rs", and "The Sarah Silverman Program".  However, it took one role in particular to catapult him into an international star.  In 2007, he was cast as Don Draper on the hit series, "Mad Men".  Since then, he has won multiple awards for his work on the show, and has appeared in a range of high-profile film and television projects in his spare time, including, "30 Rock", "The Increasingly Poor Decisions of Margaret Todd", "The Town", "Sucker Punch", and "Bridesmaids".  Off-screen, he leads a fairly low-key lifestyle, so his recent appearance driving a very nice Mercedes-Benz CLS was noteworthy. 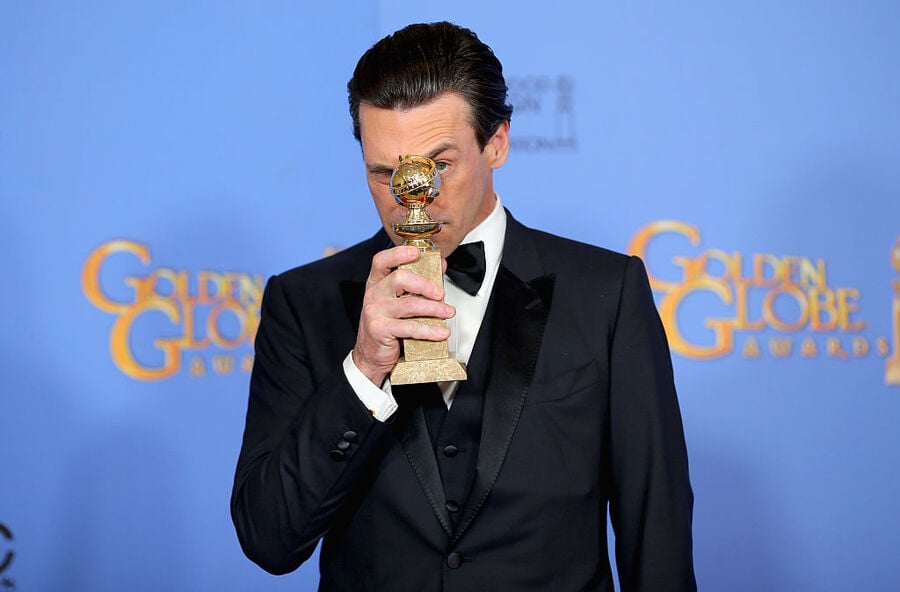 The Mercedes-Benz CLS went into production in 2004.  A mid-sized luxury sedan, the current generation runs on a 5.5 liter biturbo V8 engine that produces 518 hp.  The vehicle features 7-speed automatic transmission, AMG Ride Control sports suspension – which includes three levels of suspension, 3-stage ESP, high-sheen light alloy wheels, LED headlamps, and nappa leather seats, among many other luxury perks.  The car currently sells for approximately $70,000.  So, even though the car brand is synonymous with luxury, it is clear Mr. Hamm still has his head on his shoulders regarding how much he is willing to spend.