Everything the members of The Beatles touched during the height of "Beatlemania" has fetched massive amounts of money at auction.  John Lennon's car, set to be auctioned off in July of 2013 at the Goodwill Festival of Speed, will most likely continue this tradition.  John Lennon's life story has been recounted in countless biopics, books, and movies, and his legend and music has remained popular to this day.  He has sold 14 million albums as a solo artist, and wrote, co-wrote, or performed 25 #1 singles.  He was famously assassinated in 1980 at the age of 40, and the question of what he could have done musically, and politically, had he lived to a ripe old age, has been asked again and again by fans worldwide.  He started his first band, The Quarrymen, in 1956, while he was still in high school.    The Beatles were born from that original group, and went on to become the defining sound of the British Invasion of the 60s.  Their meteoric rise, and overwhelming fame, began to take a toll on all of the members of the group, and they went their separate ways in 1970.  Ten years later, John Lennon was gone, as well.  Back at the height of their popularity, they had their pick of all the best things available, and John Lennon chose to purchase a 1965 Ferrari 330GT 2+2 Coupe.  It is this car that will be auctioned off this summer.

John Lennon's 1965 Ferrari 330GT 2+2 Coupe is painted a bright shade of blue called, Azzuro Blue.  The car was based on the Ferrari 250 GT/E, but it was powered by a 4.0 L Colombo V12 engine, with an alternator and wide bore spacing.  The 330GT also had a slightly different exterior design than the 250, including a more sharply defined nose and tail design, a wider grille, and for 125 of the vehicles, quad headlights.  It also had a five-speed gearbox, alloy wheels, and a dual-circuit Dunlop braking system.  The car cost Mr. Lennon 6,500 GBP in 1965 (approximately 111,000 GBP now).  It is safe to say that it will go for much, more more than that at auction this summer. 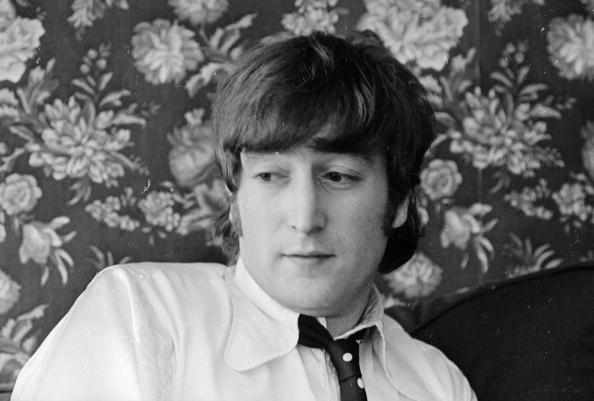 Harry Benson/Express/Getty Images
Did we make a mistake?
Submit a correction suggestion and help us fix it!
Submit a Correction