By Paula Wilson on January 17, 2013 in Articles › Celebrity Cars

Jessica Barton is a car fanatic and a Playboy model.  This means that she is also immensely popular, of course.  The 29-year-old, Georgia-born model has been appearing in magazines and print campaigns since 2000, and is widely recognized for her appearances in car-related publications.  She has appeared on the covers of Makes and Models, Superstreet, Supreme, Axis, and Show, as well as in spreads in FHM, Modified, and Playboy.  In addition to her modeling work, she has enjoyed a moderately successful career as an actress, shooting regional commercials in Florida, where she is currently based, and playing principal roles in the comedies, "The Fiesta Grand" and "Zombies! Zombies! Zombies!".  However, recently, her increasingly high-profile status, and her connection to high-end cars, has created an ugly situation.  Her very customized Toyota Supra, which has been featured in various articles, was stolen from the Waterford Lakes area of Florida, during the night on January 3rd. 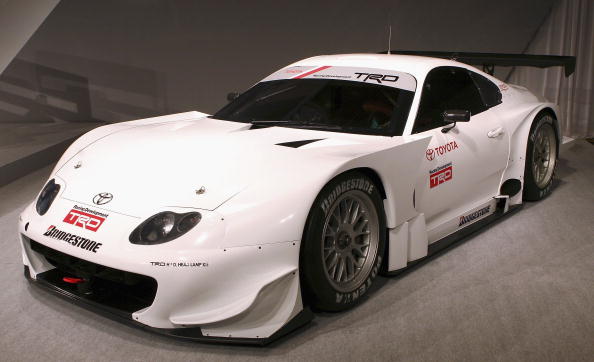 Jessica Barton's car had a one-of-a-kind color palette from Aston Martin called, Meterorite Silver, both inside and out.  It is considered to be one of the fastest cars in the world, with 1,165whp, and runs on E85 ethanol pump gas, with Motec engine management and a 76mm turbocharger.  The outside of the car features a Modelista carbon fiber front lip, Volk Racing SF Challenge street wheels, and was built by the model herself.  She built the first version of it in the early 2000s, but it was totaled when a another driver ran a red light.  She then lucked upon the current Supra at Titan Motorsports, and spent the next eight months upgrading it.  She also designed her own turbo system, now called the Jessica 76 turbo, with Turbonetics, and then added custom-spec springs, and a custom valve system co-designed with Penske.  She has been racing the car in Florida for the last few years, competing whenever her modeling schedule allows for it.  Hopefully, the vehicle will be returned intact, but with all those amazing custom parts, there's a sad chance it will show up in bits and pieces in many, many other vehicles over the next few years.