Jesse Metcalfe's Car: The Dallas Star Goes for a Mercedes-Benz

By Paula Wilson on September 21, 2013 in Articles › Celebrity Cars

Jesse Metcalfe has been slowly building up a resume of leading man, heartthrob roles in both film and television projects since the late 90s.  The California native, spent most of his teen years in Connecticut, and then returned to the West Coast to pursue an acting career after college.  He first turned heads as Miguel Lopez-Fitzgerald on the soap opera "Passions", amassing a loyal following.  He chose to leave "Passions" in 2004, only appearing as Miguel sporadically during his last season.  He made an immediate move to primetime television, guest starring on "Smallville", and then landing a recurring role on "Desperate Housewives".  His work on "Desperate Housewives" led to an even larger fan base, and opened the door for film roles.  He went on to appear in such film projects as "John Tucker Must  Die", "Loaded", "Insanitarium", "Beyond a Reasonable Doubt", "The Tortured", and "The Other End of the Line".  In 2010, he landed the lead role on the short-lived drama, "Chase".  In 2012, he was cast in the reboot of "Dallas" as Christopher Ewing.  The show was a hit out of the gate, and has already been renewed for its third season.  As with many actors, a steady gig means you can afford to buy some new things.  In Jesse Metcalfe's case, he and his fiance, can be found in his new Mercedes-Benz G-Wagon. 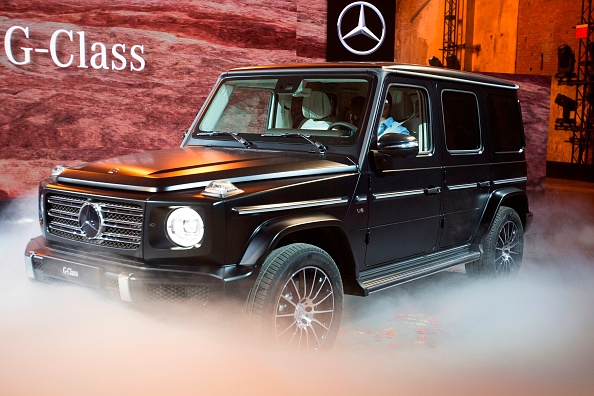 The Mercedes-Benz G-Wagon first went into production in the late 70s.  A four-wheel drive sport utility vehicle, it has gone through multiple generations since then, as Mercedes-Benz continues to make improvements to the look and feel of the vehicle.  The current generation runs on a 5.5 liter V8 engine that produces 383 hp.  The car also has LED running lights, a dashboard with the COMAND system – for controlling just about everything about the car, Distronic adaptive cruise control, blind-spot monitoring, and advanced stability control, among many other luxury features.  If you come into some steady cash like Mr. Metcalfe, you can snag a wagon for approximately $120,000.