By Joseph Gibson on February 11, 2019 in Articles › Celebrity Cars

I guess when you collect as many Porsches as comedian Jerry Seinfeld does, a fake one or two is bound to slip past the goalie every now and again. In this case, the alleged impostor is a 1958 Porsche 356 Speedster sold for nearly $1.5 million at an auction event in March, 2016 along with 16 other pieces of his Porsche collection. Now, a lawsuit filed by the buyer (a company called Fica Frio, LTD) claims that the car is not an authentic Porsche, and they want their money back as well as punitive damages.

Orin Snyder is Seinfeld's lawyer, and he released a statement to TMZ saying his client is cooperating fully and was not guilty of any wrongdoing himself:

"Jerry has been working in good faith to get to the bottom of this matter. He has asked FICA FRIO for evidence to substantiate the allegations. Fica Frio ignored Jerry and instead filed this frivolous lawsuit. Jerry consigned the car to Gooding and Company, an auction house, which is responsible for the sale. Nevertheless, Jerry is willing to do what's right and fair, and we are confident the court will support the need for an outside evaluator to examine the provenance of the car." 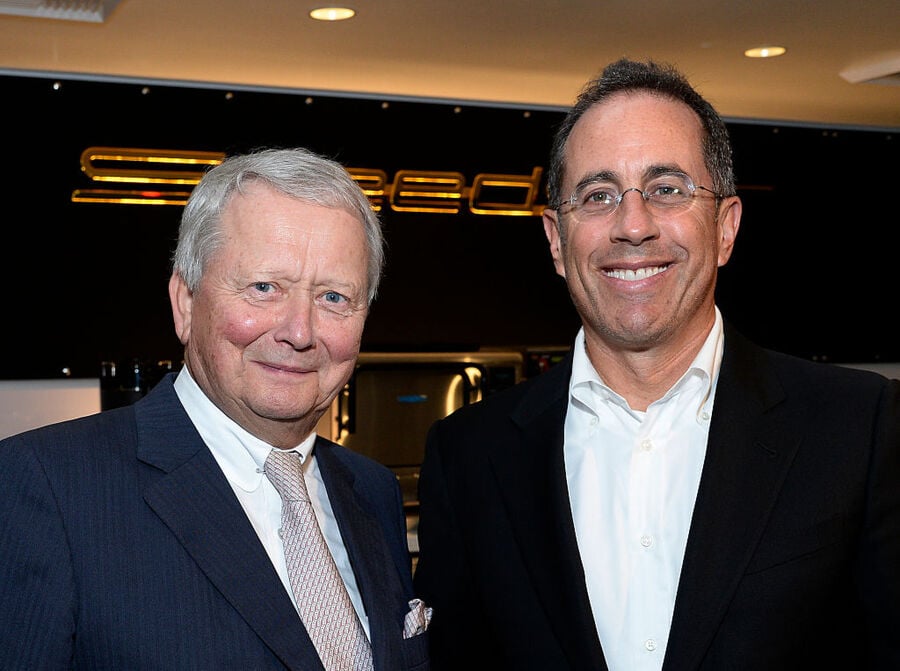 In other words, if the car is indeed a fake, Seinfeld himself (pictured above with none other than Wolfgang Porsche) as well as multiple other entities who have handled the car leading up to its present ownership, were duped as well. When Seinfeld sold the car at auction, it reportedly came with a certificate of authenticity from Porsche as well as additional documentation supporting its authenticity, so if there was a hoax it was apparently an elaborate one.

The company filing the suit says otherwise, and accuses Seinfeld of presenting false information about the car's history on purpose. "The need for an outside evaluator," as Snyder puts it, seems clear.