Jennifer Lopez's Car: You Can Take the Girl Out of the Bronx…

Jennifer Lopez is a force of nature.  Not since Madonna has there been such a display of raw, naked multi-media ambition.  The dancer, singer, actress, producer, mom from the Bronx, got her start dancing in music videos and appearing as a "Fly Girl" on the hit comedy series, "In Living Color".  She began appearing in theatrical roles on television and film in the early 90s.  Her early projects were, by and large, unsuccessful, and it was not until the late 90s, that she finally appeared in a commercially and critically successful film.  That project, the biopic, "Selena", about the murdered  singer of the same name put her on the map in a big way.  Her work on Selena led to her signing with Sony Music and launched a new chapter in her film career.  She then went on to star in a string of successful projects, including, "Anaconda", "Out of Sight", and "The Wedding Planner".  Her music career blew up, and at one point she had a number one album and a number one movie at the same time.  However, by 2005, her star had dimmed somewhat, and the next few years were a combination of professional and personal turmoil.  She made a comeback of sorts in 2010, joining the judging panel of "American Idol", appearing in the commercially successful film "The Back-up Plan", releasing a moderately successful album, launching her own line of perfume, and signing on as the face of L'Oreal's hair care line.  She has continued to work steadily since then, but she has a decidedly more low-key approach to everything.  This is very evident in her choice of car.  Jennifer Lopez drives a Toyota Sienna SUV.

The Toyota Sienna does not exactly scream "star of stage and screen!", but it is the only SUV to receive the award for "Top Safety Pick" from the Insurance Institute for Highway Safety.  The first generation went into production in 1998, and it has since gone through two redesigns.  The current generation of the 4-door minivan, features a 3.5 liter V6 engine, which produces 266 horsepower, and has 6-speed automatic transmission.  The car has 19-inch wheels, and noticeably improved suspension and steering in comparison to previous models.  The vehicle also features "Lounge Seating", Toyota's keyless "Smart Key System", a rear entertainment center with a 16 in LCD screen and multiple headphone jacks, a "Pre-Collision System", back-up cameras with 180-degree views, and an automatic high-beam dimmer.  The Sienna's price is approximately $40,000, so even though Ms. Lopez has risen to major career heights, she is still basically a thrifty woman from The Bronx. 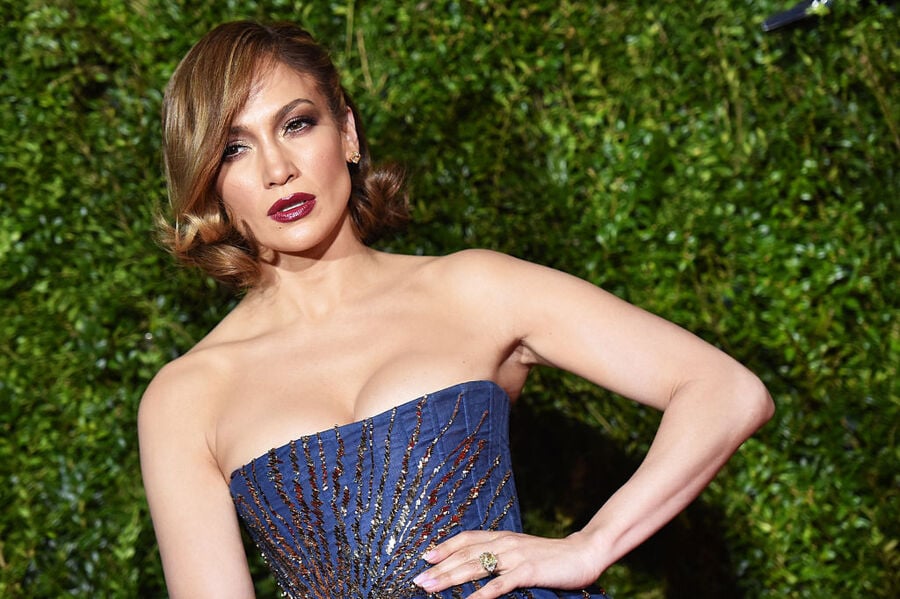 Mike Coppola/Getty Images
Did we make a mistake?
Submit a correction suggestion and help us fix it!
Submit a Correction