By Paula Wilson on December 17, 2012 in Articles › Celebrity Cars

Jennifer Garner has done very well for herself.  After a few smaller roles in projects like, "Pearl Harbor" and "Catch Me If You Can", she became a household name when she was cast in the hit series, "Alias" in 2001.  Her five seasons on "Alias" led to higher profile film work, and she has since starred in such popular projects as "13 Going On 30", "Catch and Release", "Juno", "Ghosts of Girlfriends Past", "Valentine's Day", and "The Odd Life of Timothy Green".  In amongst all of her acting work, she became one half of one of Hollywood's most talked about couples.  In 2005, she began dating Ben Affleck.  Mr. Affleck had been part of a very high-profile relationship with Jennifer Lopez.  Their pairing had resulted in the nickname "Bennifer".  His subsequent relationship with Jennifer Garner caused some confusion in the press, as it was now difficult to tell which "Bennifer" pairing was being referred to in various articles and gossip columns.  Jennifer Garner eventually married Ben Affleck, and the couple have since had three children.  In addition to owning multiple properties, the couple also owns multiple vehicles, including a brand new Tesla Model S. 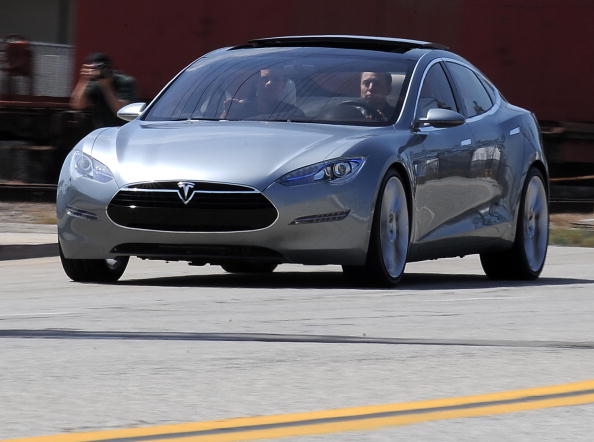 The Tesla Model S is a full-size electric sports sedan that became available in June 2012.  The Model S holds the distinction of being the electric car with the widest range currently available on the market.  With an 85 kWh lithium-ion battery, the car can travel 265 miles.  It uses 38 kWh per hour for every 100 miles, which is the equivalent of a 89 miles to the gallon if gasoline were being used.  The company released 10 cars in June 2012, and by October of 2012 they were producing 200+ cars per week.  The car currently costs between $95,400 and $105,400, though Tesla plans to begin rolling out less costly models in late 2012 and early 2013.  The fact that Ms. Garner has one of the vehicles indicates that she put her name on the list of recipients early, since only 1,500 of the vehicles have been delivered since the initial release.