At one time, rapper Jay-Z's car, a Bugatti Veyron Grand Sport that he got for his 41st birthday from wife Beyonce, was the most expensive car in the world. It's since been surpassed, but the Grand Sport is still an impressive automobile that has to go down as one of the best birthday presents in the history of rap music.

It was 2010, and presumably Beyonce wanted to do something REALLY special for her husband, self-proclaimed "best rapper alive" Jay-Z. So she settled on the Bugatti Veyron Grand Sport, which to this day is billed as the one of the fastest street-legal cars in the world (if not the fastest) with a top speed of 255 miles per hour. The Bugatti Veyron is a popular model among the rich and famous, and has only become more so since Jay-Z received one for his birthday. Other Bugatti drivers include Tom Cruise, Simon Cowell, and Jay-Z's fellow rapper Lil Wayne. 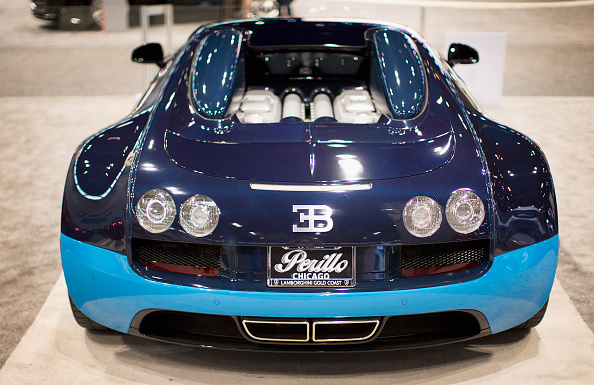 The Grand Sport version of the Veyron is a "targa top" variation on the model, meaning it is a type of convertible. In lieu of a traditional roof, the Grand Sport has two different removable tops, one of which is modeled after an umbrella. So clearly, this is a car that Jay-Z could be as comfortable picnicking in as he would be searing the streets at more than 250 miles per hour. Those removable roofs have an impact on the car's speed, though – with the top down, the Grand Sport's top speed drops down to 229 miles per hour, and can only go 81 miles per hour with the umbrella roof!

Since his 41st birthday, Jay-Z had a good year, seeing his album with Kanye West Watch The Throne achieve massive success in addition to his other ventures like a "lifestyle website" entitled Life + Times. So it doesn't look like his car collection is going to stop growing any time soon, although the Bugatti Veyron Grand Sport will probably be the crown jewel for some time to come.