Jay Leno's Cars: See Some Of The Most Interesting Vehicles From Jay Leno's Garage

Late-night talk show host Jay Leno is one of the most famous car buffs in the world and his car collection is one of the most extensive ever in one place. The cars in his garage don't just sit gathering dust, either – Leno is famous for taking some of his more unusual rides to award shows and fundraising galas. Here are photos of just some of the most unusual cars in his collection. Or maybe it would be more accurate to call them "vehicles," since they also include trucks, hot rods, and even an airplane!

While other comedians have historically used their success to pay for drugs, alcohol, women, and more drugs, Jay Leno is famous for his clean lifestyle and his fairly obsessive interest in his automotive hobby. According to many that are close to the comedian, he spends a good bulk of his free time either visiting other collectors' garages or tinkering with his own collection. As you can see in the gallery below, he's put that free time to good use, bringing together some of the most disparate and unique vehicles ever seen. 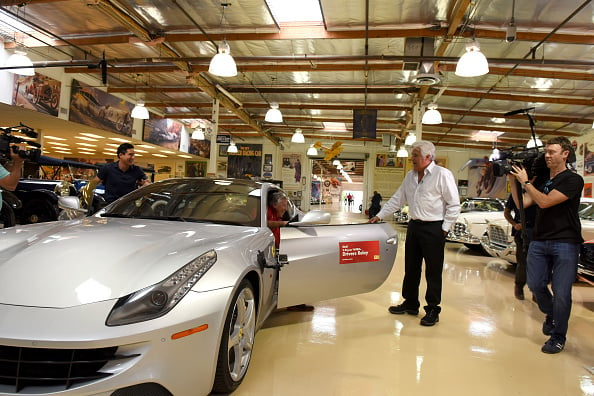 As for which parts of his collection are the most important to Jay – that might be akin to asking a parent to pick their favorite child. But Leno does admit an affinity for the older cars – his work in the field of restoring old cars is well-documented and the source of much acclaim in the automotive community.

So no matter what they say about Jay Leno, he's got what they say every man should have: A hobby. The fact that this particular hobby has cost him countless millions of dollars is beside the point – collecting comic books or stamps can get pretty expensive too. And you can't drive a stamp collection! Although if you could, Jay Leno would probably be the one to figure out how.