By Paula Wilson on June 5, 2013 in Articles › Celebrity Cars

The recent announcement that Jay Leno will be stepping down from his (slightly tarnished) late night throne, and that Jimmy Fallon will be taking his seat, has been met with almost universal praise.  Well, Conan O'Brien is probably a little miffed still, but you can't win them all.  Mr. Leno began his journey towards late-night popularity as a stand-up comedian.  He performed on "The Tonight Show with Jonny Carson" throughout the 80s, in addition to pursuing a moderately successful acting career.  In 1987, he began substituting as a guest host, and officially took over in 1992.  His hiring after Jonny Carson retired, was controversial, as many people believed that David Letterman was the obvious choice to replace Mr. Carson.  He became immensely popular as the host of "The Tonight Show with Jay Leno", and for a number of years, he was the ratings' leader in his time slot.  Even though he was still winning the ratings race, he made an agreement to leave "The Tonight Show" at the end of his contract, and in 2009, Conan O'Brien took over.  However, he launched his own late-night talk show, "The Jay Leno Show" just months after retiring.  Suddenly, the late-night audience was split, and neither "The Tonight Show with Conan O'Brien" or "The Jay Leno Show" were delivering great ratings.  The end result was that Jay Leno was reinstated as host of "The Tonight Show", Conan O'Brien moved to another network, and there was general bad blood all around.  So, the fact that he is actually, finally retiring, has been met with some sighs of relief by television executives.  As he begins his transition into retirement, he has also begun to spend more time with his extensive car collection.

One of Jay Leno's car is a Porsche Carrera GT.  The Porsche Carrera GT went into production in 2004 and ceased production three years later.  The vehicle runs on a 5.7 liter V10 DOHC engine which produces 612 hp.  The car can go from 0-60 in 3.5 seconds and has a maximum speed of 205 miles per hour.  It is a luxury sports car and comes complete with a soft leather interior, a Bose sound system, a navigation system, a Silicon Carbide ceramic braking system, 20-inch rear wheels, and a rear wing despoiler which automatically opens at speeds above 70 miles per hour.  The car was discontinued due to changes in air bag regulations, and the original run of 1500, was reduced to 1270.  Only 604 were sold in the United States.  One of those belongs to Jay Leno, who will soon have a lot more time to drive it around. 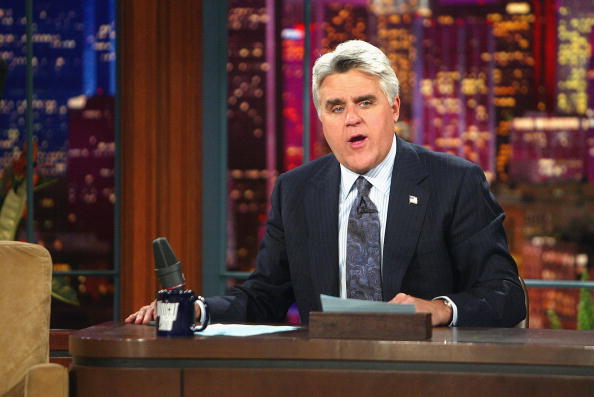