By Paula Wilson on January 3, 2013 in Articles › Celebrity Cars

Jay Leno started his own comedy club in college in the early 70s.  He began to attract attention for his stand-up comedy work around the same time, and enjoyed a moderately successful film career, as well.  Throughout the 70s and early 80s, he played supporting or co-starring roles in such projects as "American Hot Wax", "Polyester", "What's Up Hideous Sun Demon", and "Collison Course".  He became a regular guest host for Johnny Carson in the late 80s, while continuing to perform stand-up comedy, and subsequently inherited the famed television host's seat when he stepped down.  He hosted "The Tonight Show" from 1992-2009.  In 2009, he began hosting his own show, but after it was quickly cancelled, he moved back into his old berth with "The Tonight Show".  While he is well-known from his work as a talk-show host, he is almost as well known for the number of controversies in which he has been involved.  A range of issues, from allegedly violating WGA rules during the Writer's Strike, to a controversial ousting of fellow talk show host, Conan O'Brien, to his involvement in Michael Jackson's trial, has tarnished his formerly squeaky clean image of late.  Contrary to his rather exciting public life, the man has been married to the same woman for over 30 years, and does not drink, smoke, or gamble.  Instead, he has amassed one of the most impressive car collections in the world.  Recently, he added a very special vehicle to his garage. 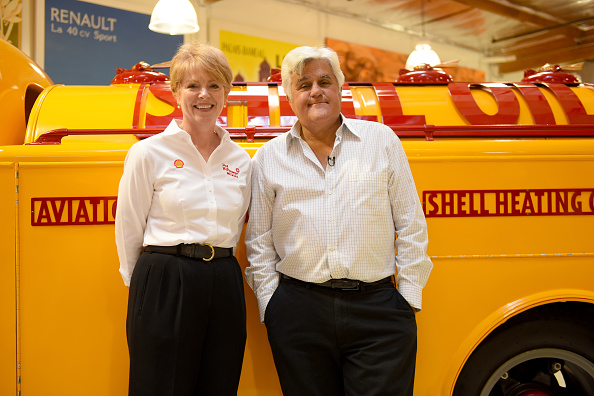 Jay Leno purchased a Lamborghini R485 tractor.  The tractor was designed in the late 60s by Ferruccio Lamborghini.  The famed designer began his professional vehicle design career making tractors and other industrial vehicles in Italy, post-World War II.  Mr. Leno's model was available in 1968 and 69.  It is a far cry from the stunning machines for which Lamborghini has become famous, and it is certainly not a performance vehicle.  It has a 5.0 liter, four cylinder engine and a maximum speed of 14 miles per hour.  It also sports a two foot clutch, 12 forward gears, and a starter motor from a Lamborghini Countach.  While it is not exactly a luxury vehicle, it's still a pretty cool bit of history.