There Are A Bunch Of Awesome Cars In James Bond Spectre

James Bond is known for driving high-class luxury vehicles by Aston Martin, but he is not the only character in the 007 film franchise who rides in style. Villains are also often seen driving expensive luxury cars, and this time around the villainous henchman Mr. Hinx drives a $1 million Jaguar in the latest Bond film, Spectre.

For the 24th film in the James Bond series, Mr. Hinx, played by professional wrestler-turned-actor Dave Bautista, finds himself behind the wheel of a sleek orange Jaguar C-X75 that was brought back to life for the blockbuster action film. Hinx gets involved in a high speed chase with James Bond and his Aston Martin DB10 through the streets of Rome.

Fans of the series first took notice of the car during Jaguar's "Good to be Bad" ad campaign, which debuted during the Super Bowl in 2015. The Jaguar C-X75 may seem new to some, but it actually debuted at the Paris Motor Show in 2010. The car was designed by Jaguar's design director Ian Callum who also designed Bond's Aston Martin Vanquish for the 2002 film Die Another Day. The C-X75 was originally created in order to commemorate the 75th anniversary of the Jaguar car brand. 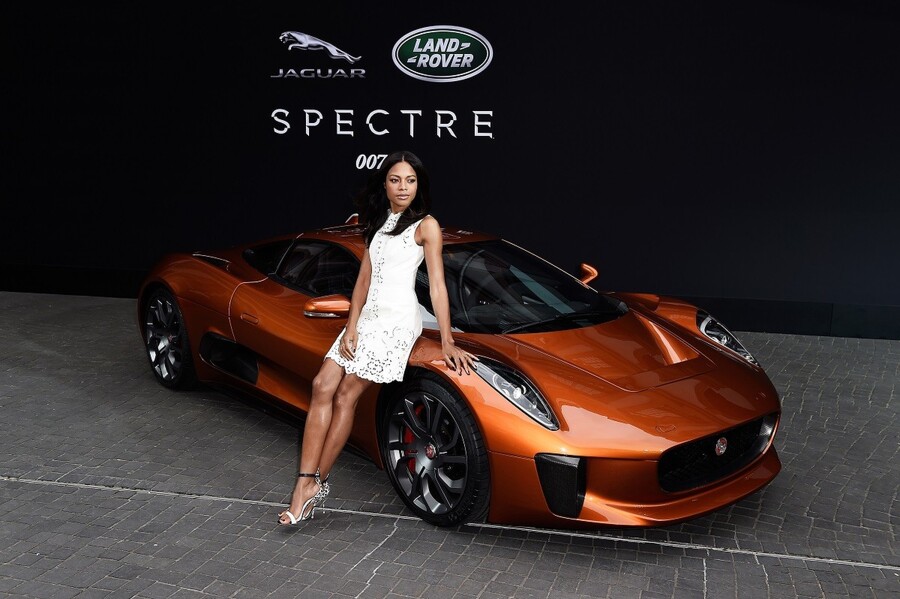 Adrian Hallmark, the global brand director for Jaguar said that "The C-X75 programme represents the pinnacle of Jaguar's engineering and design expertise, it is arguably the world's fastest test-bed for the world's most advanced technologies, combining as it does a remarkable hybrid powertrain with awe-inspiring performance."

The original prototypes were made by Williams Advanced Engineering. The C-X75 started off featuring a standard supercar layout with the engine mounted behind the driver and in front of the car's rear wheels. It also utilized a gas-turbine power plant until plans changed. In 2011 Jaguar made the announcement that the car would be developed into a hypercar and would carry a price tag of $1.1 million. The turbine was replaced with a gas-electric hybrid system.

The production prototype C-X75s were powered by a 1.6 liter supercharged and turbocharged four cylinder engine. That was paired with an electric drive system which gave the C-X75 a total of over 850 horsepower. The Jaguar was able to go from 0 to 100 miles per hour in six seconds and had a top speed of 220 mph. The Jaguar C-X75 also has scissor doors that swing up and a carbon fiber lined interior. Its center console and steering wheel were borrowed from Jaguar's F-Type.

Things changed again in 2012 when plans for production of the C-X75 were scrapped due to the "ongoing global economic crisis".  If it had been produced, the car would have joined the McLaren P1, Porsche 918 Spyder, and Ferrari LaFerrari in the exclusive million dollar hybrid hypercar club.

Jaguar and the Bond franchise decided to revive the line for the 2015 movie, Spectre. The film required five examples of the villain's Jaguar, so Williams Engineering made four brand new ones. Jaguar re-painted one of the hybrid prototypes orange for the fifth one. The Jaguar C-X75s used in the movie had the advanced hybrid powertrain replaced by a 5.0 liter supercharged V8 engine, which is still capable of more than 550 horsepower.

Although Jaguar has officially cancelled production of the C-X75, demand has grown since the movie debuted. Perhaps they will reconsider bringing this luxury car to production. If that is the case, you too could be a villainous henchman driving a $1 million car while being up to no good.