A year after racing world's most deadly accident in 1955, the Jaguar D-Type was back for another year at Le Mans. Mike Hawthorne had won for Jaguar works in 1955, and this year, with some safety improvements to the course, Jaguar was ready to take home another win – though this time, it would be at the hands of Edinburgh-based Racing team, Ecurie Ecosse.

Three of the five Jaguars in the race would eventually drop out due to collisions or internal damage. The race started out in heavy rain, but eventually it cleared and Ecurie Ecosse was able to take home the win.

This winning 1956 D-Type, driven by Ninian Sanderson and Ron Flockhart, is now up for sale, with bids expected to reach over $20 million. It may become the most expensive British car to sell at auction, surpassing a 1998 McLaren F1 LM which sold for $13.75 million last year. 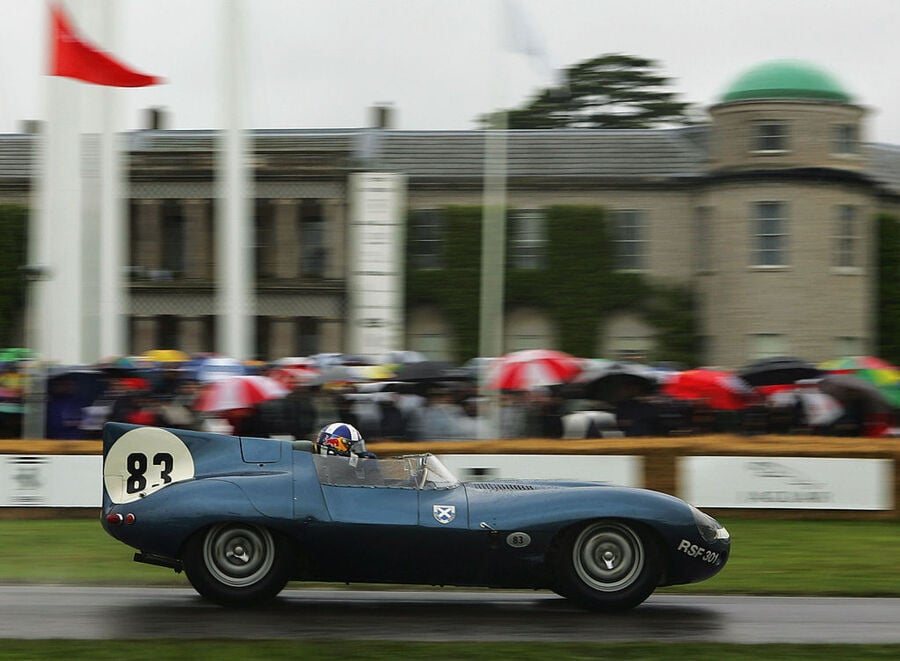 In its 1955 victory, the two racers drove over 2,400 miles and logged 300 laps, with a top speed of 156mph and average speed of 104. The car would later go on to race at Goodwood Festival of Speed, Aintree and Mille Miglia in 1957 before retiring in June of that year. It's since seen three private owners who meticulously maintained it. After being brought into the states in 1999, it won the Jaguar Competition Class at the 2002 Pebble Beach Concours d'Elegance.

The current custodian has decided to sell the car at RM Sotheby's Pebble Beach sale in Monterey, California in August. Car specialist Shelby Myers described the Jaguar XKD 501 as "one of the world's most significant competition cars" with an incredible racing pedigree and amazing originality.

Despite economic uncertainty and damage to the British pound, the car is expected to attract a great deal of attention in August. A Jaguar C-type raced by the same team in 1953 was sold at the auction last year for $13.2 million.