Hennessey Venom GT: The New Fastest Car In The World

By Brian Warner on January 23, 2013 in Articles › Celebrity Cars

Earlier this week, a team from Hennessey took their Venom GT out onto a Houston track to test the super car's limits. The team was well aware that the standing record for accelerating from 0-186 MPH was 14.53 seconds, set by the Koenigsegg Agera R. Koenigsegg took the record from Bugatti which had a previous high mark of 16.7 seconds. After several practice runs and much anticipation, the Guinness team officially clocked the Hennessey Venom GT's 0-186 MPH at 13.63 seconds. Fast enough to make it the fastest car in the world today! The Venom GT also went from 0-100 in just 5.88 seconds, and hit 205 MPH after one mile flat out. 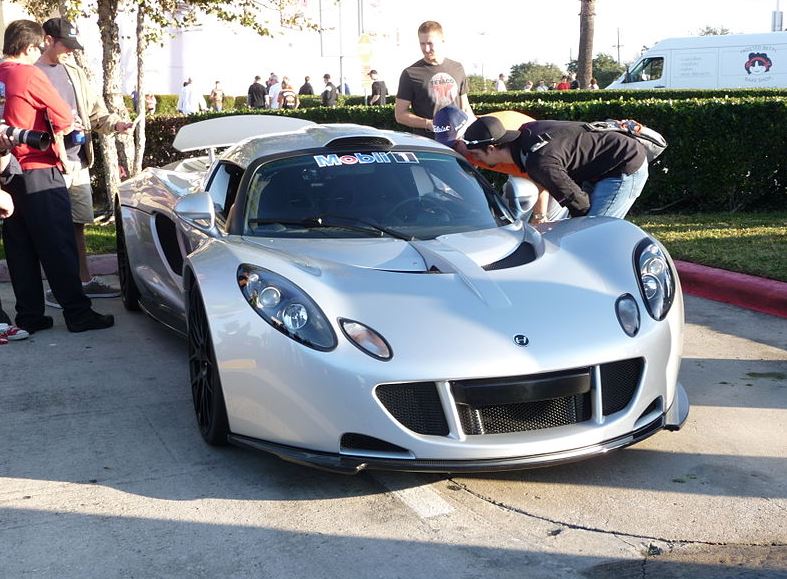 Now before you feel too bad for Bugatti, keep in mind that the Veyron Super Sport still holds two very important world records: 1) The Super Sport's top speed of 268 MPH is still the fastest in the world and 2) at a base sticker price of $2.4 million, the Super Sport is till, by far, the most expensive car on the planet. On the other hand, the Hennessey team is quick to claim that if they also had access to Volkswagen's famous Ehra-Lessien test track, the Venom GT could would easily smash Bugatti's top speed record. The Hennessey team is now on the hunt for a track or private toll rode that would allow them to really go after the Super Sport's 268 MPH top speed mark. Hennessey's world record test driver believes that hitting 270 MPH would be no problem with the right course.

If you're interested in purchasing a Hennessey Venom GT, you should know that the base sticker price is $1.43 million. And if that wasn't bad enough, the company is only planning to make 29 of them! Actually they only have 28 left after Aerosmith frontman Steven Tyler took ownership of his special addition convertible Hennessey Venom GT.

So, if money was no object but you had to choose one or the other, would you buy a Hennessey Venom GT or the Bugatti Veyron Super Sport?