Gwen Stefani's Car: There's No Doubt She Has Good Taste

By Paula Wilson on November 27, 2013 in Articles › Celebrity Cars

It's kind of super annoying when celebrities are talented and attractive, and then marry other talented, attractive celebrities.  There's something about that that just makes you want to scream, "For pity's sake – spread the wealth!".  Unfortunately, the celebrities don't hear us.  Even if they did, they probably wouldn't care.  Gwen Stefani, the lead singer of No Doubt, and a successful solo artist, is married to Gavin Rossdale, the lead singer of Bush, and a successful solo artist.  They have cute children, and are expecting one more, own multiple properties, and have legions of fans.  Yes, they are also talented and attractive.  Gwen Stefani was interested in musical theater as a child and young adult, initially performing show tunes, rather than rock or ska music.  However, in 1986, she began singing with No Doubt, and nine years later, the release of their third album, "Tragic Kingdom", made them worldwide stars.  The album went on to sell 16 million copies, and Gwen Stefani became a household name.  Since then, she has released three more albums with No Doubt, as well as two very successful solo albums.  She has also launched a successful clothing line, and enjoyed a moderately successful acting career.  Her husband has also fared quite well, and, in their spare time, the pair have amassed a fairly respectable car collection.  They recently introduced a new member to their car family, with the purchase of a dark blue Rolls-Royce Wraith.

The original Rolls-Royce Wraith was produced from 1938-1939.  Only 492 of the vehicles were manufactured, and the cars were built over an extended period of time, as Rolls-Royce manufactured the Wraith chassis, and then sold it off to a range of coachbuilders.  The cars could reach 85 miles per hour, but this was largely dependent on how the body was constructed.  Rolls-Royce began manufacturing the Wraith again in 2013, but this time around, they are building the entire vehicle, and it is touted as the most luxurious car that Rolls-Royce has ever produced.  Based on the Rolls-Royce Ghost, the new Wraith runs on a 6.6 liter twin-turbo V12 engine that produces 632 horsepower.  It has 8-speed automatic transmission and can go 0-60 in 4.4 seconds.  It currently sells for just under $300,000.  $300,000 is probably what Gwen and Gavin make in royalties per month. 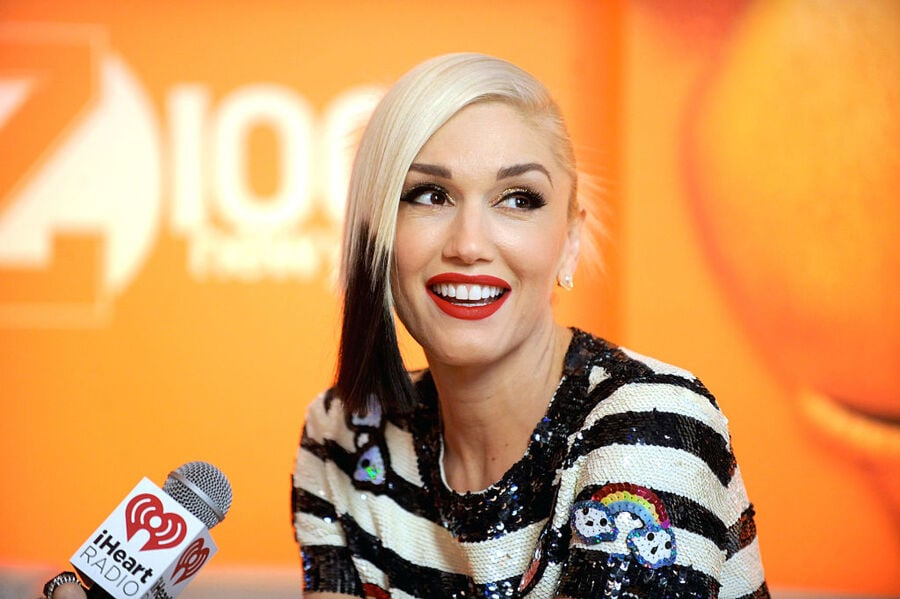 Brad Barket/Getty Images
Did we make a mistake?
Submit a correction suggestion and help us fix it!
Submit a Correction