Gerard Butler's Car: You Can Take the Man Out of Scotland, But…

Gerard Butler has had a sort of strange couple of years Hollywood-wise.  He started out his career in Hollywood, seemingly headed for that romantic leading man/dashing hero style career that has worked so well for Brad Pitt and Tom Cruise.  However, somewhere in there, he seemed to stop and say, "Nah – not for me".  Instead, he has gone back and forth between raunchy comedy roles and over-the-top action flicks, with the occasional romantic lead in a drama thrown in there for good measure.  The raunchy comedies and action flicks have been far more consistently successful.  The Scottish actor was originally on his way to becoming a lawyer, when the death of his father sent him on a downward spiral.  His unpredictable behavior resulted in his losing his position at the law firm where he was a junior partner, and he decided to move to London to "become famous".  It took a while for that fame thing to happen, but eventually he made the move to Los Angeles, caught the eye of some agents and casting directors, and began his rise towards household name status and worldwide recognition.  He has appeared in such films and television movies as, "Attila", "Dracula 2000", "Lara Croft Tomb Raider: The Cradle of Life", "The Phantom of the Opera", "300", "Nim's Island", "RocknRolla", "The Ugly Truth", "Machine Gun Preacher", "Chasing Mavericks", and "Olympus Has Fallen".  While he has achieved fairly solid success, he is still a working boy from Scotland at heart, and rather than drive a flashy sports car, Gerard Butler gets around town in a Range Rover.

The Range Rover has been around since 1970, and is produced by British carmaker, Land Rover.  The car was originally designed to be quite utilitarian, and had very few frills.  Fast forward forty-three years, and the Range Rover has become one of the most popular luxury SUVs on the market.  The most recent iteration was unveiled at the 2012 Paris Motor Show, and features a 5.0 liter V8 engine that produces 375 horsepower.  With the 5.0 L "Supercharged" engine, it can reach a top speed of 155 miles per hour.  The newest Range Rover is unique, in that it is has an all-aluminium monocoque body.  The newest generation smacks of high-end luxury, and while it is not as flashy as other celebrity vehicles, it is by no means a slouch of a car, either. 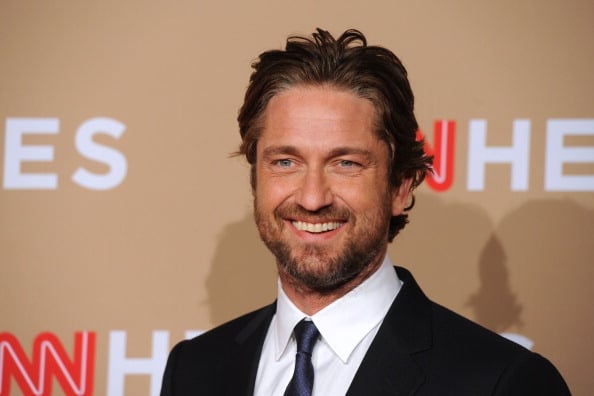