Check out The Game's car! Rapper The Game recently purchased a Porsche Panamera with an unusual paint job: White, with red wheels. But apparently that wasn't enough for The Game, who decided to give his car a makeover. Now, instead of a white car with red wheels, The Game's car is a gold car with black wheels. It's nice to make a cosmetic change sometimes, it can make you feel like a new person. 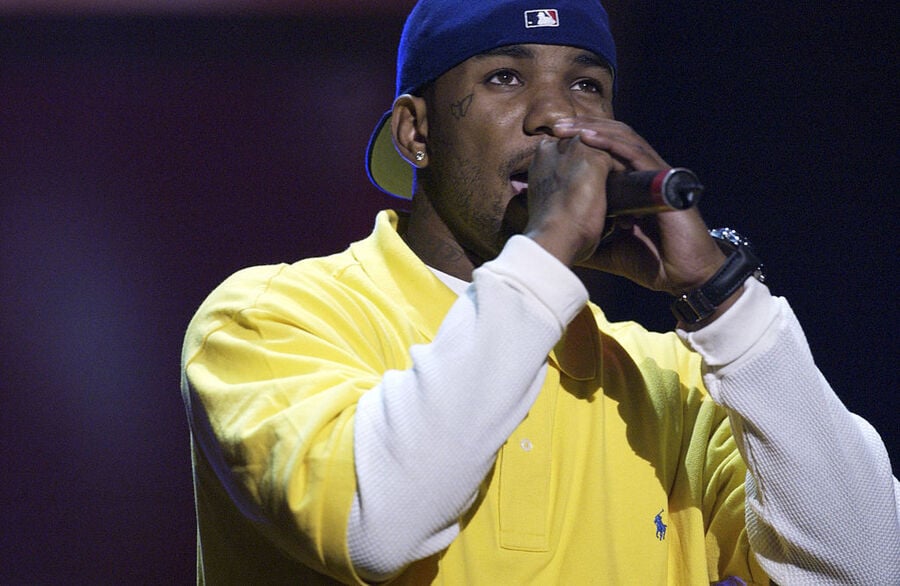 The Game's car is a new Porsche Panamera, which has a base price of more than $75,000. So you know The Game paid a pretty penny for this car, even putting aside the outrageous new paint job which undoubtedly set him back even more. But the car underneath that shiny paint is nothing to sneeze at, either: The Panamera is worthy of the prestige that is associated with the Porsche brand name. It has a top recorded speed of 193 miles per hour, but enough luxury to satisfy consumers who are more interested in style and comfort than pure performance and speed. So while the Panamera probably didn't satisfy very many long time fans of the Porsche brand, it certainly turned  enough heads for an attention seeker like The Game to be satisfied.

The pictures you see here were recently posted on The Game's Facebook page in order to show off the new paint job. Unlike The Game's car's previous white on red color scheme, this was specifically selected by The Game and thus better represents his own personal color preferences.

As for The Game, he must be confident in the success of his upcoming album F.I.V.E.: Fear Is Victory's Evolution to blow so much money on such an ostentatious car. Add to that his stated intention for the album to be an entirely solitary affair, meaning no guest stars, featured artists, or "name-drops," and you have a picture of pure confidence in the rap game.